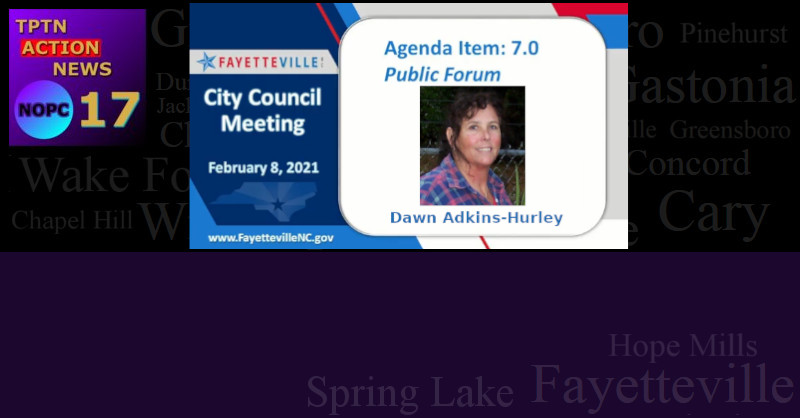 What’s astonishing is the fact that there are quite obviously thousands who want the Market House left alone as opposed to a mere couple of hundred who’s trying to destroy the historic building. It seems that the city council can’t manage to be impartial and fair to all Fayetteville citizens in this matter either.

It’s concerning the image that an 80% Black city council is portraying regarding their obvious race-centric actions in this matter. Apparently, they’ve forgotten that Fayetteville is a pluralistic city of 44.6% White, 42.1% Black, and 13.3% Other. 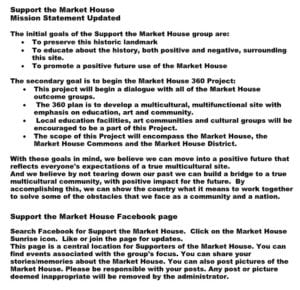 Support the Market House and its sister community organization Save the Historic Fayetteville NC Market House are both working very hard to make sure that Fayetteville’s city council doesn’t bring harm to the beautiful historic and architecturally significant Market House.

Support the Market House was created on June 17th, 2020 directly after the groundless downtown riots associated with the fentanyl death of George Floyd. It is chaired by Dawn Adkins-Hurley and co-chaired by Michael Pinkston and operated with the assistance of several other board members and organizational members.

Support the Market House has diligently set up a table at the corner of Green St. and Person St. most every Saturday to promote their petition and survey. They hope to have their survey up on their Facebook page soon to reach more people.

Chairperson Adkins-Hurley said that she had contacted or talked personally with some of the city council members but that their responses have been varied.

Chairperson Adkins-Hurley requested to present the petition directly to the city council during a meeting by several different avenues but had been refused.

Chairperson Adkins-Hurley had also requested a face to face with Colvin. Colvin, in a cowardly manner and apparently afraid of the very citizens he’s supposed to serve, had his staff tell her they could meet via Zoom.  She declined that option preferring to wait until he could find the time for a face to face like a proper representative of Fayetteville’s citizenry should.

“I spoke, asking for the Mayor or a Council member to come outside and personally accept the petitions. [My] request was ignored. When Council adjourned, I stood outside the doors with the petition in hand. I waved, knocked on the doors. They were basically ignoring me. The security guard tapped Colvin, pointed [at] us all standing there. He reluctantly came out and accepted the petitions in person. Stated that he would make sure that the rest of the Council saw them. Then we packed up and all went home. I’m really tired of them ignoring us. The way we had to practically beg for a personal acceptance of the petitions was humiliating. I’m also tired of the Council listening to only a small group of intolerant citizens. Our city deserves better.”

Members of the Support The Market House have had to endure the idiocy of critics who desperately wish that they could censor or cancel-culture them. Michael Pinkston was verbally attacked by just such an ill-bred thug when he was at the Market House on the 4th of July. Others have had ill-mannered uncivil individuals throw out nasty remarks as they are walking by the Support the Market House table set up downtown almost every Saturday. Chairperson Adkins-Hurley says she has been called racist many times.

It’s common knowledge that 69 free blacks in NC were slave owners. It should also be understood that out of those traded slaves in Cumberland County a number of them were bought and sold by BLACK OWNERS! Large numbers of free blacks owned black slaves; in fact, in numbers disproportionate to their representation in society at large. In 1860 only a small minority of whites owned slaves. How about the Black slave owners who traded black slaves in Cumberland County, Fayetteville, on the steps of the old federal courthouse, and even at the Market House? Where is the city council’s outrage at this?

Supposedly, we are all now expected to tolerate this politically correct cancel-culture absurdity regarding other locations in or near Fayetteville by these clowns.

Colvin and Militant-McLaughlin’s apparent unratified theory that any structure, natural or manmade, that is in any way connected with slavery in history must be destroyed completely and removed from memory. There are several historical locations that Colvin, Militant-McLaughlin, and their merry little clique of race-centric activist revisionists can turn their attention to. Are these properties next in their madness?

And also just as apparent is that we should stick a couple of pounds of C-4 into the cracks and crevasses of Carver Falls and completely obliterate it just because it carries the family name of a recorded slave owner. And certainly, Carver Falls Road should be renamed for the same reasons.

Carver Falls / Carver Falls Rd. – Carver’s Falls is named for Samuel Carver who received it along with 640 acres from King George II of England in 1735. Samual Carver’s descendants used slave labor to operate a Mill House which was erected on the property that was used to mill grain.

The roadway, McPherson Church Road, should be renamed too because it carries the family name of slave owners too.

As yet, Support the Market House doesn’t have any official donation system set up but they do have “Save the Market House ” yard signs available. They do ask for a $20.00 donation for one to help defray expenses. 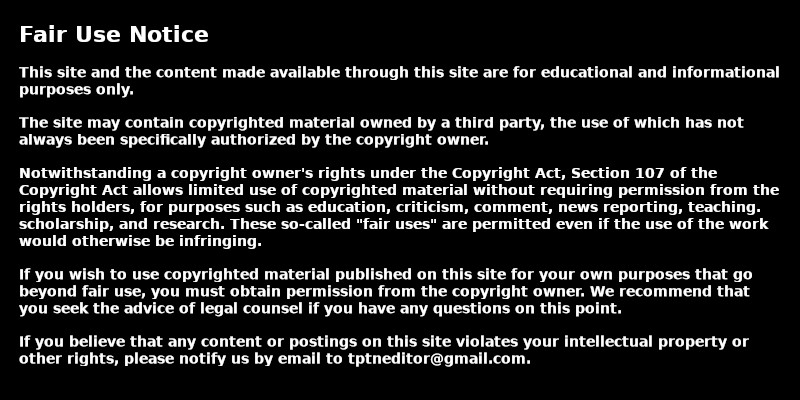