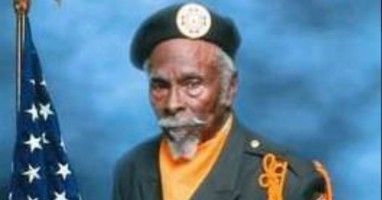 Tomie Gaines, a World War II veteran and member of the legendary Buffalo Soldiers, has passed away at the age of 93. He was laid to rest last week in South Carolina. Gaines served as a medic during World War II with the 2nd Cavalry Unit at Normandy on D-Day, as well as in Italy, Japan and the Philippines. After the war, he worked as a truck driver and a painter and was a dedicated member of his local VFW.

Buffalo Soldier was the nickname given to the all-black cavalry units when they fought in the West, and they also fought in World War I, World War II and the Korean War. Gaines is survived by his wife, Clara, and his children.