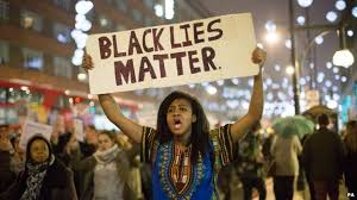 NASHVILLE — How can you not hang your heads in shame and embarrassment Black America at what our racial peers are doing? Many Blacks, because of their behavior, have EARNED the prejudice heaped upon them.

Library officials have told Nashville’s chapter of the Black Lives Matter movement that meetings restricting those who attend by race aren’t allowed on public property.

The decision has outraged Black Lives Matter members. But Nashville Public Library officials said they’re following a library policy that specifies all meetings at their facilities must be open to the public and news media.

“The library didn’t cancel anyone’s meeting,” said library spokeswoman Emily Waltenbaugh, referring to a Black Lives Matter meeting Saturday that has been moved to a church. “We’re taxpayer funded. We have to be open to anyone any time.”

For the past few months, the Black Lives Matter movement here has had chapter meetings at the North Branch Library.

But the group has a rule, said Joshua Crutchfield, an organizer of the Nashville chapter: Only blacks or other minorities are allowed to attend. That means whites are excluded.