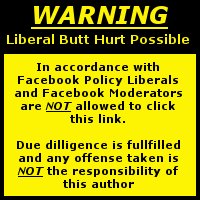 CDC REPORTS By Race/Ethnicity, African American Men Are Most Diseased

While studies have shown that African Americans do not engage in riskier sexual behavior compared to Americans of other races/ethnicities, African American men overall are almost 7 times more likely than white men to be diagnosed with HIV in their lifetimes. The disparity among women is even greater: 1 in 48 African American women will be diagnosed with HIV in their lifetimes, compared with 1 in 227 Hispanic women and 1 in 880 white women. Reasons for this higher lifetime risk include higher prevalence within the community, which poses an increased risk of infection with each sexual encounter; lack of access to healthcare; poverty; and stigma.

The Centers for Disease Control and Prevention (CDC) released a study in February that predicted fifty percent of black men, who have sex with other men, are likely to contract HIV.

The CDC based its projections on HIV diagnoses and deaths from 2009 to 2013.

The CDC study also found that 25 percent of Hispanic men, who engage in sex with other men, will get a HIV diagnosis, and 1 in 11 white gay/bisexual men will face the same outcome.

Among women who will contract HIV, the CDC reports that 1 in 48 African-Americans,1 in 227 Hispanics and 1 in 880 whites will be diagnosed.

When it comes to Americans in general, there is a 1 in 99 chance of being diagnosed with HIV, while gay and bisexual men have a 1 in 6 chance.

The highest risk states for HIV are Maryland, Georgia, Louisiana and Florida.

“These estimates are a sobering reminder that gay and bisexual men face an unacceptably high risk for HIV—and of the urgent need for action,” Dr. Eugene McCray, director of the CDC’s Division of HIV/AIDS Prevention, stated.