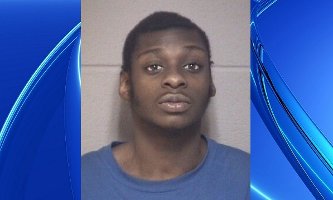 A Black man was arrested on a charge of battery after allegedly punching a little child’s private parts because he soiled his diaper, police in Illinois said.

Dekalb County police said that they have arrested 21-year-old Black man Keith Crist, after being accused of assaulting the 3-year-old son of his girlfriend.

The Black man Crist, was charged with two counts of aggravated battery.

If convicted, The Black man Crist faces up to 30 years in prison. He was booked into the DeKalb County jail, and his bail was set at $250,000.

Police launched an investigation after being called to the Kishwaukee Community Hospital, on a report of child abuse.

Police officers who arrived at the scene, learned that the mother of the child brought him to the hospital. The victim had injuries to the private parts which caused bruising, swelling and a laceration.

The Black man Crist, who is the boyfriend of the child’s mother, became angry because the child soiled his diaper. He hit the child in the groin area with his fist, and then with a toy.