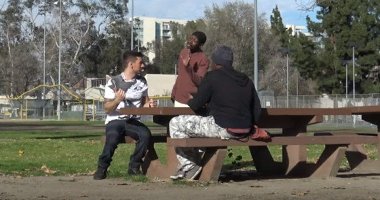 The video was made as part of a social experiment by a man named Joey Salads, who wanted to prove that “racism still exists.” The exercise is rather simple as the same man is approached twice – once by a white man and once by a black man – and asked to borrow his cell phone. Then, viewers just wait to see the response.

Clearly many Blacks, albeit not all Blacks, because of their behavior, have earned the prejudice heaped upon them by other races as a result of their actions.

These Black Americans have just represented ALL of us Black Americans in this video (which will go viral reaching millions) as a people, a race, are decidedly crudely racist in thought and action.

And these Black Americans represent all Blacks whether they like it, or even accept this fact, or not because they have left an everlasting negative impression in the minds of those they say that they want peace and tranquility with…Whites.