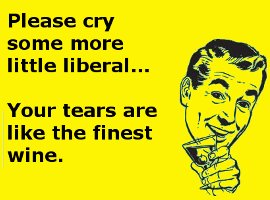 Liberalism is a mental disease and treatment should be sought for it.

This girl cries about Bernie Sanders losing in Nevada to Hillary and because she can’t get over the “sick” nature of Trump supporters. Hilarious!

People have a hard time understanding the destructive decisions and musings of the average liberal socialist. It just doesn’t make sense to them. They can’t wrap their mind around liberals’ stances and positions in life. They did truly seem to be disjointed and confusing bereft of logic and common sense. The answer has finally been n discovered, NLD (Narcissistic Liberal Disorder). Yes….it is the correct answer because it’s true that the simplest answer is best. Diagnostic parsimony advocates that when diagnosing a given injury, ailment, illness, or disease a doctor should strive to look for the fewest possible causes that will account for all the symptoms. This philosophy is one of several demonstrated in the popular medical adage “when you hear hoof beats behind you, think horses, not zebras”.

This article makes no attack on personage, but quite appropriately offer the only possible answer that fits the parameters of the problem of liberals’, Democrats’, wildly erratic, confused, disjointed and disturbingly deranged thought processes that are so very dangerous to the United States’ continued existence for it is all too apparent to the rest of “We the People” that the answers lie in Doctor’s Lyle Rossiter’s, Gary R. Casselman’s, Timothy Daughtry’s and Alan Bates’ peer accepted and validated psychological findings;

Liberalism often exhibits the classic symptoms of Munchausen Syndrome, a mental disorder whereby caretakers further enfeeble the chronically enfeebled as a means to power and privilege. The Diagnostic and Statistical Manual of Mental Disorders, Fifth Edition (DSM-5) describes Factitious Disorder Imposed on Another (FDIA) as a psychiatric disorder most common among mothers who intentionally harm or describe nonexistent symptoms in their children to get the attention given to the family of someone who is sick. The disorder was formerly known as Munchausen Syndrome by Proxy (MSbP/MSP). FDIA is considered a form of abuse by the American Professional Society on the Abuse of Children. However, cases have been reported of adult victims, especially the disabled or elderly. The common symptoms of FDIA: the person is often a parent, but may be an adult child, spouse, or caretaker of a disabled adult; appears quite concerned (some would say overly concerned) about the designated patient; is very friendly and cooperative with health care providers. This description fits the Liberals and Democrat Party like a made-to-order suit. ~Gerald K. McOscar

In the case of a political liberal it is the Munchausen Syndrome stricken political liberal who views themselves in the position of a “parent” of society as a whole and the political liberal constantly produces a stream of nonexistent symptoms [racism, sexism, global warming, diversity, ad nauseam] in their perceived children [all of society] simply to get the attention, power, privilege and money.

“So extravagant are the patterns of thinking, emoting, behaving and relating that characterize the liberal mind that its relentless protests and demands become understandable only as disorders of the psyche.” The Liberal Mind reveals the madness of the modern liberal for what it is: a massive transference neurosis acted out in the world’s political arenas, with devastating effects on the institutions of liberty. ~ Dr. Lyle Rossiter, Jr., M.D., University of Of Chicago Div Of Bio Sci Pritzker Sch Of Med: Graduated in 1962: Psychiatry – Board Certified, Forensic Psychiatry – Board Certified.

The root of liberal mental disorder is in the personality development of the individual who does not mature normally to value self sufficiency and independence. Such individuals seek a parental substitute. The most convenient is a socialist government. Those with liberal mental disorder are willing to trade their potential for success through education, hard work and respect for others for government subsidies funded through redistribution of wealth which normally accrues to those who earn their money through hard work. Most liberals are intolerant and immature just as are spoiled children. In fact they are the adult version of spoiled children complete with certain sociopathic traits such as pathologic lying and distortion of facts in order to achieve their goals. Liberals mental disorder is characterized by narcissism, selective memory, irrational approaches to problems and denial of reality. ~Dr. Alan Bates, MD: Healthgrades Honor Roll; Family Practice – Board Certified; Central Washington University, College of Osteopathic Medicine, Kansas City.

Liberals comprise only about 20 percent of the voting public. So, how has the left been so successful in swaying the majority of voters to believe what they feed them, when most often what the left says is not supported by the facts and what they do actually does harm to their voting constituents? How do they do this? They lie. The uninformed voter will not take the time to learn the facts. ~Dr. Gary R. Casselman,  CEO of CCG, Inc., PhD. in Psychology from the University of Pennsylvania.

The dirty little secret is that the left recognizes, at least de facto, if not deliberately, [is] that the human mind is both logical (the left hemisphere of the neo cortex) and emotional (the limbic system). We are all pretty familiar with the linear logic of the left hemisphere of the human brain, but most of us are unfamiliar with the most powerful part of the brain – the limbic system. [The Psychology Behind Leftist Lies] It is the limbic system that has been the foundation of our survival as a species since time began. It is the center of the survival emotions, most powerfully of which are fear and anger: the flight and fight emotions. These powerful survival emotions get triggered whenever the brain senses a threat to its survival, setting up a series of responses and reactions in the brain and in the body to prepare to run away from the threat, or fight it if escape is impossible. The left uses this knowledge about how our brains work to garner massive support for their big government policy by painting a picture of Republicans as a threat. ~Timothy Daughtry, Ph.D., President of CCG, clinical psychologist with 25 years of organizational experience University of North Carolina at Chapel Hill, M.A. and Ph.D. 1978, University of North Carolina at Greensboro.

With regard to the existence of NLD (Narcissistic Liberal Disorder)….note that liberals fail to provide anything to refute it except emotionally laden whines devoid of any contradictory facts from NEUTRAL parties while research provides valid citations of scientific findings of which peer reviews not only validate the findings but additionally confirmed that Doctor Lyle Rossiter had, and this is very important, ABSOLUTELY NO ASSOCIATIONS, past or present, with any political entities whatsoever. And any argument that the disorder is not in the DSM carries no weight in that the DSM [ DSM-I (1952), DSM-II (1968), DSM-III (1980), DSM-III-R (1987), DSM-IV (1994), DSM-IV-TR (2000), DSM-5 (2013)], as one can see is extremely slow in providing updates and thus chronically outdated just as it is regarding NLD, a validated mental disease.