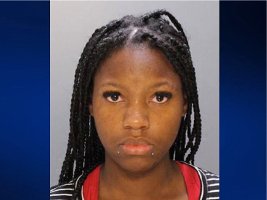 Per a report by Fox 4 KC, police have a Black woman in custody after she left her daughter while fleeing her arrest.

The Black woman, Mahogany Ashly Terry, 27, was taken into custody late Monday night after leaving her four-year-old daughter at a Macy’s store in downtown Philadelphia, PA once she was caught shoplifting $1,400 worth of merchandise.

According to the report, the Black woman Terry was apprehended by store security Monday night but was able to free herself from the cuffs and escape, leaving her daughter behind abandoning her, a four year old, to fend for herself.

Security notified police and the child was taken to DHS. Police later found the Black “mother” and arrested her.

On top of retail theft charges, the Black woman Terry was also charged for recklessly endangering the welfare of a child.

The child was sent to stay with relatives.