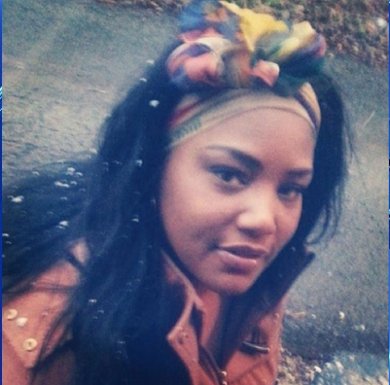 How can you not hang your heads in shame and embarrassment Black America at what our racial peers are doing? Many Blacks, because of their behavior, have EARNED the prejudice heaped upon them.
Police are looking to arrest a Black woman on a charge of sexual abuse of children after allegedly publicizing a nude photo of a girl who broke up with her son, police in Pennsylvania said.

Brownsville police said that they have obtained an arrest warrant for 40-year-old Black woman Danita Michaux, after being accused of posting the nude picture on Facebook.

The Black woman Michaux was charged with sexual abuse of a child, cyber harassment of a child, and criminal use of a communication facility.

According to the police investigation, the 12-year-old victim sent a nude photo of herself to Michaux’s 11-year-old son while they were in a relationship.

After the relationship ended, Michaux began harassing the girl, including the publication of her nude photo. The girl’s aunt also got harassing messages from the Facebook profile of Michaux.

The Facebook account of Michaux, contained communication of harassment, including the photograph of the 12-year-old girl in full frontal nudity as well as disparaging remarks about the victim’s sexuality.