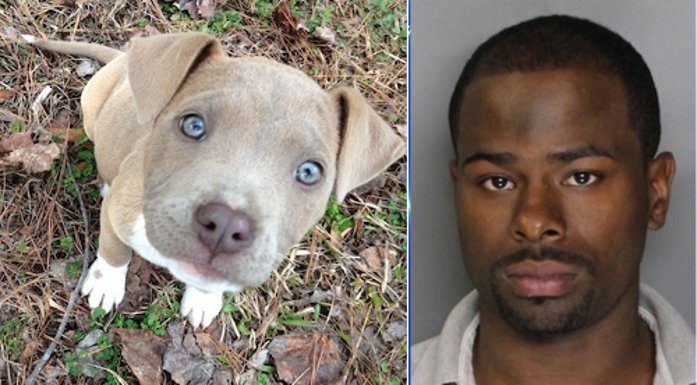 How can you not hang your heads in shame and embarrassment Black America at what our racial peers are doing? Many Blacks, because of their behavior, have EARNED the prejudice heaped upon them.
A Black man was arrested on a charge of animal cruelty after burning a little puppy alive because it accidentally defecated in his friend’s apartment, police in California said.

Now, 21-year-old Black man Willie Bee Turner of Oakland, is facing a sentence of up to four years in prison after being found guilty of maliciously killing an animal and animal abuse as well as two counts of arson.

According to the police investigation, Turner went to his friend’s apartment along with his 8-week-old puppy. When the puppy accidentally defecated on the floor, Turner became unreasonably and viciously angry.

Turner yelled at the animal, saying that it betrayed him. Turner then poured bleach on the dog, and placed it in a box. He took the dog across the street of his friend’s house and set the dog on fire watching the little puppy struggle in intense pain and laughing about it.

The dog was tortuously burned beyond recognition by this Black man.

One thought on “Black Man Burns Puppy to Death”