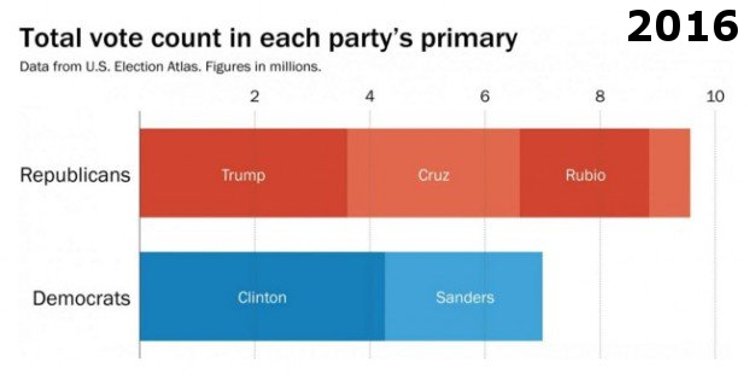 As you can see, the Republicans in the race have far more cumulative votes than the Democrats, and those votes are being divided among 4 candidates, where the Democrat votes are divided among only two. So, Trump is facing three opponents, which is three times the competition Hillary is facing since she is only up against Bernie Sanders. However, it gets even better. As The Washington Post points out, “If Trump had one opponent and matched [Hillary] Clinton’s vote percentage, he’d have 5.8 million votes — 1.6 million more than [Hillary] Clinton.” 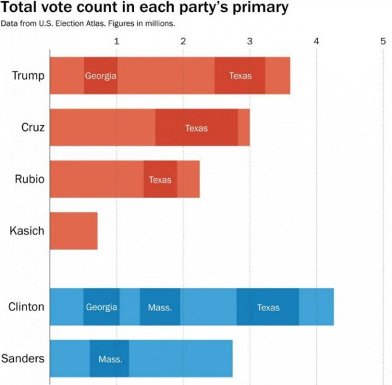 Once again, it’s easy to see that facts and simple math don’t seem to matter to the Establishment Republicans otherwise known as liberals in disguise (RINOs). The best they have to offer is a philanderer (think two mistresses) or a known liar (think stealing Ben Carson’s votes). They certainly don’t mind Cruz or Rubio twisting the truth in their favor, no doubt in an attempt to scare Trump voters into believing he can’t win. Nothing can be further from the truth.