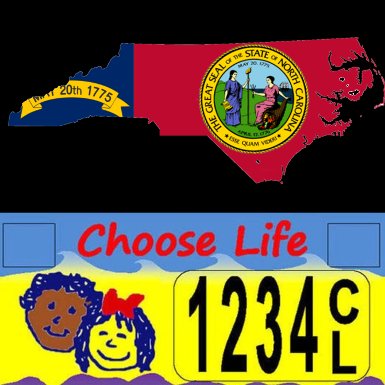 The 4th U.S. Circuit Court of Appeals ruled on March 10 that the state of North Carolina can offer anti-abortion license plates without offering a pro-choice alternative, reversing an earlier decision. After the U.S. Supreme Court declined to hear the case, judges were instructed to reconsider their decision in light of a relevant ruling in Texas.

The circuit judges ruled 2-1 that license plates constitute governmental speech and that the state can reject messages they disagree with, the Associated Press reported via ABC11. In 2011, state’s general assembly passed legislation that would allow the anti-abortion license pale tags but reject ones with slogans like “Respect Choice” which is the equivalent of saying choose murder.

In light of the new ruling, the Division of Motor Vehicles may now be able to issue “Choose Life” tags.

“We now conclude that specialty license plates issued under North Carolina’s program amount to government speech and that North Carolina is therefore free to reject license plate designs that convey messages with which it disagrees,” such as promoting the murder of babies Chief Judge William Traxler wrote in his decision.