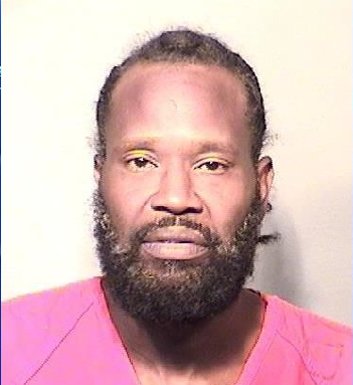 How can you not hang your heads in shame and embarrassment Black America at what our racial peers are doing? Many Blacks, because of their behavior, have EARNED the prejudice heaped upon them.
A Black man was arrested on a charge of robbery after allegedly stealing donuts from a 7-Eleven store before assaulting an employee, police in Florida said.

Melbourne police said that they have arrested 42-year-old Black man Eugene Wendell Holmes, after being accused of stealing donuts, threatening a woman and stealing her cellphone.

He was booked into the Brevard County Jail Complex in Sharpes, and his bail was set at $106,000.

According to the police investigation, the Black man Holmes walked into the 7-Eleven located on Babcock Street on Thursday, and took a donut.

When the employee confronted the Black man Holmes, he took another donut and started eating it. The employee took out her phone and started calling 911 for help.

Holmes took out a weapon and told the woman that she would get stabbed if she does not hand over the phone. The employee handed over her phone, and Holmes walked out of the store.

The employee followed Holmes, and he turned around to spit in her face.