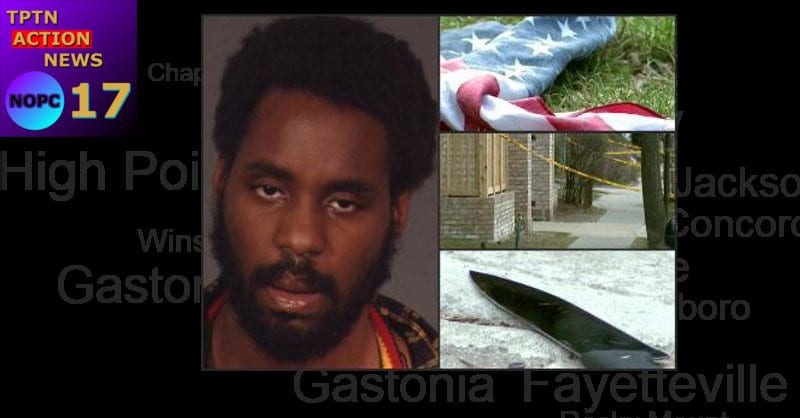 How can you not hang your heads in shame and embarrassment Black America at what our racial peers are doing? Many Blacks, because of their behavior, have EARNED the prejudice heaped upon them.
The Black psycho wearing an American flag bandana over his face who slashed a 53-year-old woman in the neck on a Brooklyn street targeted her for being white, officials said Tuesday.

“I cut her because she was white,” suspect Black man Gregory Alfred, 25, told police after he was picked up at his mother’s home in Sayreville, N.J., over the weekend, officials said.

The Black man Alfred, who has over 20 prior arrests, is expected to be extradited to New York to face assault and hate crime charges.

Victim Janina Popko was walking along Beverly Road near Rugby Road in Ditmas Park about 9:45 a.m. March 10 when The Black man Alfred approached.

The Black man slashed Popko across the back of the neck – creating a deep gash that needed 13 stitches to close – and ran off.