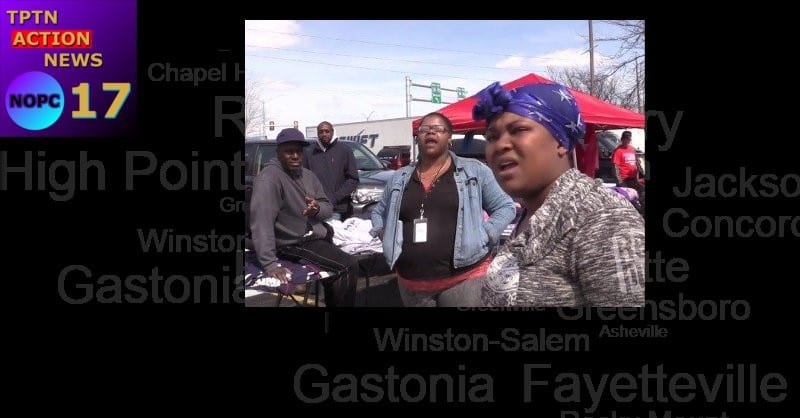 How can you not hang your heads in shame and embarrassment Black America at what our racial peers are doing? Many Blacks, because of their behavior, have EARNED the prejudice heaped upon them.
#NeverTrump activists [all two of them] were caught on tape this week shouting racial and homophobic slurs at a black vendor in Janesville, Wisconsin.

Rebel Pundit was there to capture the leftist abuse.

Don’t expect this to make any headlines.

It doesn’t fit the media narrative.

Black anti-Trumper: I got a million dollars right now if you get on your knees and suck my dick. You’re gonna do it if you got these muther-f*ckin shirts for the Donald. Period. It’s the truth.

Black woman: Look at it. He’s over here selling, how would you support somebody, who says, “He will pay for every black person and to get back on a boat and take us back where we came from.

Rebel Pundit: Who said that?

Black anti-Trumper: Who do you think? Why we here? Making money off this sh*t is not being smart.