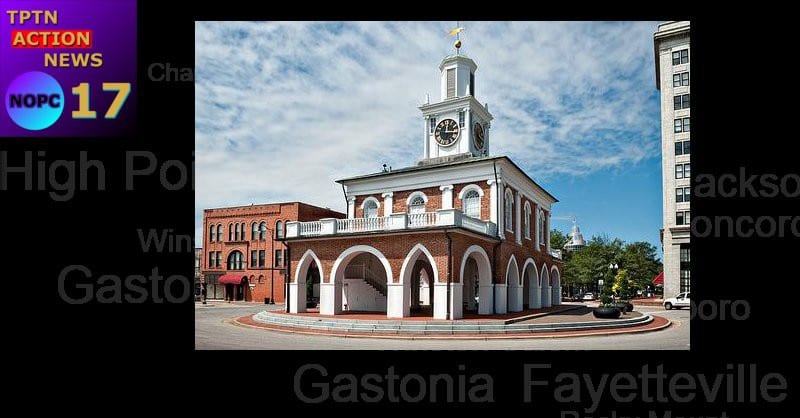 Fayetteville, North Carolina – In a massive blow to Black activists and White apologists in the Fayetteville area the Fayetteville City Council stood firm and decided unanimously at Monday night’s work session to deny the unreasonable demands of these agitators.

The council unanimously agreed at Monday night’s work session to continue using the corporate seal, which features a rendering of the Market House, on all its official documents, such as official city communications, city contracts and city burial permits. The seal was adopted by the council in 1993.

The Council agreed that it would also continue using the lesser unofficial logo with the stylized ‘Y’  for letterheads and other documents of lesser importance as they have been since 1992.

The controversy of the city seal isn’t new but was thrust back into the spotlight last summer by Allen Rogers, the past president of the Fayetteville Area Minority Lawyers Association, and Jimmy Buxton, the local president of the racist National Association for the Advancement of Colored People.

Both men called upon the council to stop using the Market House on the official documents and marketing materials because the 184-year-old downtown building ‘might‘ have included sales of four individual slaves in estate auctions of the deceased. No documentation reflecting any sales of slaves at this historical building has ever been authenticated by any historical authority.

All during this contentious issue the majority of the citizens of Fayetteville have made it clear that they did not want any changes made to the city logo and considered it a waste of time and money for the issue to even be entertained.

Investigation by TPTN reveals that Allen Rogers is no stranger to Fayetteville Police.