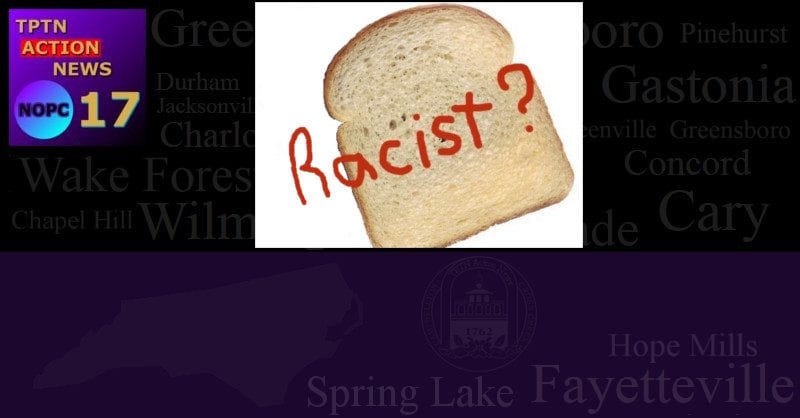 A Liberal White professor speaking at the University of Alabama (UA) argued genetics is not responsible for high blood pressure in blacks, that black people who experience racism have higher blood pressure.

But the findings by this professor does not pass the ‘bread test’.

The bread test is easily applied by taking any proclamation made by liberals, professors as well as others, and inserting the word ‘bread’ for the causative factor in any such alleged statement of fact by liberals.

If the changed statement has the same possibility of being true then the finding is useless. Well it’s obvious that persons of all colors experience racism, and it’s equally plausible that persons of all colors eat bread. So the premise that “Black people who experience racism have higher blood pressure” is worthless. It has no meaning, no validity. It simply can’t be proven that ‘racism’ is any more of a causative factor than ‘bread’ with regard to blacks having higher blood pressure as a rule.

Dr. Clarence Gravlee, an associate professor in anthropology at the University of Florida, hosted a “Sick of Race” seminar Monday, in which he tried to explain why he thought blacks suffered so disproportionately to whites from high blood pressure, as reported by The Crimson White, a liberal student news paper

“Color and socioeconomic status interact with blood pressure, ancestry does not,” said Dr. Gravlee, improperly and unscientifically contradicting the conclusions of massive research to the contrary conducted in the past.

“The interaction between class and color are closely related to the results of blood pressure,” insisted the professor. During his speech, Gravlee defined without any reasonable explanation “race” as “social environment” instead of a biological element. Apparently liberal college professors have a tendency to think that they are permitted to make such leaps without having to justify their findings.

One should also note that the interaction between class, color and bread are closely related to the results of blood pressure,” when viewed in the same context as espoused by the liberal Dr. Clarence Gravlee.

While in Puerto Rico, the professor found that African Americans living in white-dominated areas were more likely to have high blood pressure than those who did not.

Once again we apply the bread test; “Blacks who [replacing ‘live in white-dominated areas’ with ‘eat bread’] eat bread were more likely to have high blood pressure than those who did not.”

Yet again, this contention by Dr. Clarence Gravlee is just as useless as his previous one. It has no uniqueness that allows it to stand on it’s own merit.

However, it is also very well documented that indigenous blacks on other continents who have never been exposed to racism due to limited, or no contact, with others outside their tribes or local socio-eco-systems have been found to also have a tendency towards high blood pressure.

“High blood pressure runs in my family and I’ve had experiences with racism,” gushed Jade Hill, a UA International Relations freshman. However, I’ve never thought about the two being related,” Hill remarked citing that she only just received this liberal talking point from the professor.

Around 40 students and more than two dozen UA faculty attended Gravlee’s indoctrination. The liberal indoctrination lecture was hosted by the school’s College of Liberal Arts & Sciences and College of Community Health Sciences.