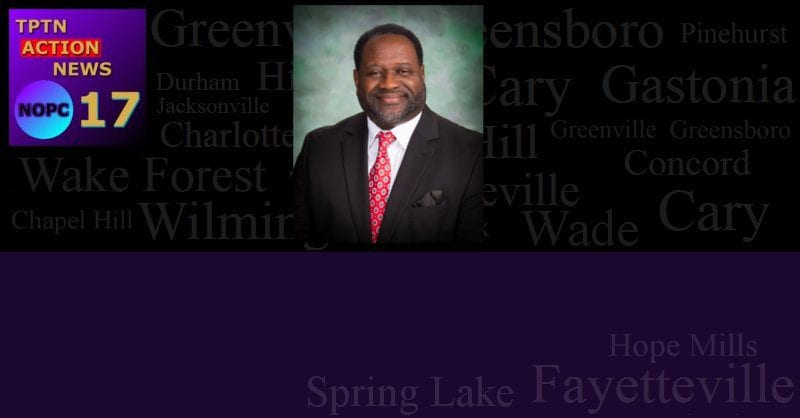 Fayetteville, N.C. – Fayetteville voters are wondering if the Fayetteville City Council really thinks that a mere request to Tyrone Williams to resign is sufficient in the eyes of the voters. It is not.

Fayetteville was warned that the election of a convicted criminal as mayor would have unpleasant results and now it appears that others on the city council took it as a sign that unethical and illegal actions would be overlook also. Birds of a feather.

Also at question is if city attorney Karen McDonald is faithfully and competently advising Fayetteville city council regarding all their options. While amotion is an option, it is not the most efficient or preferable option. It is the option of those who are trying to “kick the can down the road” hoping that they will never have to deal with it.

There is no direct statutory procedure set out for cities, counties, or boards of education for the removal of people of a criminal bent and questionable integrity. For cities, there is a helpful statute, GS 160A-59 that provides this: “When any elected city officer ceases to meet all of the qualifications for holding office . . ., the office is ipso facto vacant.” This city statute provides no removal procedure and there is no corresponding statute at all for school boards or for boards of commissioners.

While an attorney will tell you that you can’t act without a statute telling you what to do, such advice is untrue. Do you have a N.C. state statute telling you what to eat, when to eat and how much to eat? Laws are primarily for telling you what you can’t do – if there’s no law against “it” then you can legally do “it”. Since there is no law against, or controlling, expelling Williams from the city council for a legitimate cause then they are quite allowed to do so. It is Williams who has the burden of instituting a lawsuit if he feels that he has been wronged. And it is City Attorney Karen McDonald’s duty to deal with any such egregious or retaliatory legal challenge by Williams.

In the absence of a controlling statute, the Fayetteville city council is quite free to act: the board should simply vote to declare a vacancy and then proceed to fill the vacancy. It is the recommend way because (1) it is simple to do, (2) it puts the burden on the ousted board member to institute a lawsuit if he or she wishes to challenge the action.

The following persons shall be disqualified for office:

First, any person who shall deny the being of Almighty God.

Second, with respect to any office that is filled by election by the people, any person who is not qualified to vote in an election for that office.

Note that the North Carolina Constitution doesn’t require that any adjudication be by a court of law. Quite obviously the remaining nine sitting council members would constitute a perfectly valid duly elected quorum of peers perfectly capable of sitting in judgement of an alleged unethical criminally errant fellow council member.

In fact, it is a core duty of the other city council members to self police and efficiently, effectively and, quickly deal with co-members who have committed illegal and unethical acts that are sufficiently extreme that those acts challenges the integrity of the City of Fayetteville’s governmental process.

It is a certainty that the legal recording, an audio recording of a meeting between Williams, businessman T.J. Jenkins and Prince Charles Holdings project manager Jordan Jones where Williams is heard asking Jones for $15,000 to make a minor problem with the Prince Charles Hotel property’s title secretly “go away”, provides sufficient evidence to any reasonable person sitting in judgement on Williams that Williams “willfully and corruptly violated his oath of office according to the true intent and meaning thereof,” thereby disqualifying him from office in accordance with the N.C. Constitution.


Graft is a form of political corruption, being the unscrupulous and illegal use of a politician’s authority for personal gain.

Jones, who legally recorded the exchange, gave the legal recording to law enforcement, which triggered an FBI investigation.

The city council needs to remove a council member who is so disqualified by unethically criminal acts and is incapable of performing or unwilling to perform the duties of the office at an acceptable level or in an acceptable way.

There is a crime, in North Carolina, in GS 14-230, called “misbehavior in office.”  It is a misdemeanor and the statute provides that the punishment is removal from office by order of the court.

The statue provides that if an office holder “willfully and corruptly omitted, neglected, or refused to discharge any of the duties of his office, or willfully and corruptly violated his oath of office according to the true intent and meaning thereof” he has committed the crime and can be removed from office by the order of the court.

The case can be prosecuted only by the district attorney (like criminal matters generally) and so the affected council can take the step of reporting the alleged misconduct to the district attorney. Also, any legal voting citizen of the City of Fayetteville has legal standing to report this criminal act to the District Attorney’s Office (910-475-3010) and demand that it be prosecuted and are urged to do so.

All that the Fayetteville City Council has to do is;

Have the intestinal fortitude and courage to perform the authorized action of taking a vote as to whether Council Member Tyrone Williams “willfully and corruptly violated his oath of office according to the true intent and meaning thereof,”

If the question passes with a majority vote then vote to simply vote to declare a vacancy and then proceed to fill the vacancy on the basis that the office is ipso facto vacant.