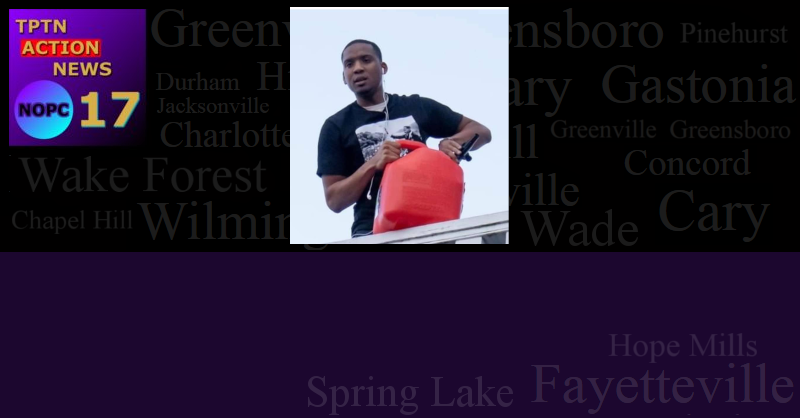 RALEIGH, N.C. – A Fayetteville man was arrested today for taking part in the arson of Fayetteville’s Market House after a riotous and destructive demonstration over the death of a felony criminal, George Floyd, in Minneapolis, Minnesota, Robert J. Higdon, Jr., U.S. Attorney for the Eastern District of North Carolina announced.

Charles Anthony Pittman, of Fayetteville was arrested by special agents of the ATF and is charged by complaint with one count of maliciously damaging property owned or possessed by an institution receiving federal financial assistance.  Pittman will make his initial appearance June 9, 2020, by video-conference before U.S. Magistrate Judge Robert T. Numbers, II.

According to the complaint, on May 30, 2020, a protest in downtown Fayetteville quickly turned violent when several individuals set fire to the Market House.  A local television crew caught Pittman on camera showing a red gasoline container to the crowd below before he poured its contents throughout the floor of the second story.  Pittman ran out of the Market House as the floor caught on fire with other individuals, including an employee, still inside.  As a result of the fire, the Market House sustained charring and mass wood loss to the second story floor.

These are Federal charges and in a Federal Prison there is no probation and no parole. If convicted, Pittman will serve day for day and year for year .

The count charged in the criminal complaint carries a statutory mandatory minimum term of imprisonment of seven (7) years, a maximum potential penalty of forty (40) years in prison, and a maximum fine of $250,000.  The fact that Pittman set fire to the building while people were inside it is an aggravating factor that will probably significantly raise the number of years Pittman will be sentenced which is only appropriate.

This is the kind of proper policing that the good men and women at the Fayetteville police Department want to perform when Chief Gina Hawkins and her command staff are forced to allow officers to perform good ole old fashioned policing where the police chase, catch, charge and send to prosecution those who would seek to destroy property and hurt others. Sources say that the Federal path was chosen because it was uncertain if Democrat District Attorney William “Billy” West would prosecute the case under State of North Carolina charges.

Meanwhile, Chief Gina Hawkins chooses to consort with the bad actors who choose to gin up strife and destruction based on the lie of “police brutality” and the false allegation that law enforcement are killing blacks more than whites. An allegation that has been debunked several times over the years.