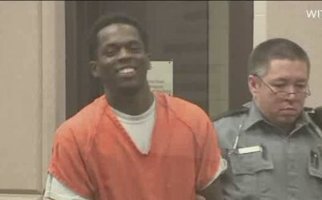 How can you not hang your heads in shame and embarrassment Black America at what our racial peers are doing? Many Blacks, because of their behavior, have EARNED the prejudice heaped upon them.
Antoine Pettis, 20, who sexually assaulted a 101-year-old woman, has been sentenced to 30 years in prison with an additional 15 years of extended supervision.

The sentencing was handed down by Milwaukee County Judge Jeffrey Wagner on Jan. 22 after Pettis pleaded guilty to charges, including burglary, aggravated battery and second-degree sexual assault, reports FOX 6.

Pettis admitted to entering the woman’s home in November 2013 around 2:00 a.m with another suspect. He told investigators his intention was to rob the home, but after finding nothing he wanted to steal, he sexually assaulted and beat the 101-year-old woman.

Pettis fled, but DNA evidence left at the scene connected him to the crime. The DNA evidence was processed at the State Crime Lab and a link was found via familial traits with those of a male relative of Pettis that was already in the DNA database.

Pettis’ DNA was on file from a 2013 paternity case.

Wagner said it was “one of the more horrific type of home invasions that we see.”