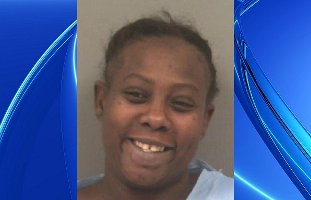 A Black man lost his tongue after being viciously attacked by his Black girlfriend, who was under the influence of violence inducing drugs, police in Connecticut said.

Hartford police said that they have arrested 37-year-old Black woman Shakeia Long, after being accused of biting off a large part of her boyfriend’s tongue.

The Black woman Long was charged with one count of assault and violating probation.

According to the police investigation, Williams was at Long’s house when she bit off a sizable chunk of his tongue. She did not display any remorse during booking and in fact was laughing about it according to police.

Williams grabbed the piece of tongue and ran away from the apartment in fear.

He flagged down a police officer, and was taken to the St. Francis Hospital and Medical Center, where he lost consciousness due to blood loss.

Efforts to attach the tongue failed.