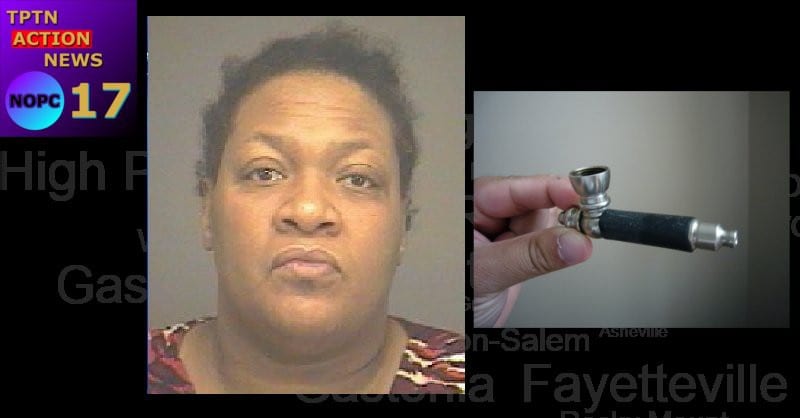 How can you not hang your heads in shame and embarrassment Black America at what our racial peers are doing? Many Blacks, because of their behavior, have EARNED the prejudice heaped upon them.
A Black woman was arrested after flashing police during a traffic stop.

The Black woman of Elyria, Ohio, is facing criminal charges after a crack pipe fell from her bra while she flashed a police officer during a traffic stop.

Police said that Johnson, was a passenger in a car that was pulled over by an officer about 12:15 a.m. on Griswold Road near State Route 57.

An officer saw Johnson push something into her bra, according to the police report. He ordered Johnson out of the car several times. She refused to comply and she began shouting at the officers.

The officer finally persuaded her to get out of the car and she said: “Well, you want to see what I have.” She lifted her shirt and bra, and a crack pipe fell to the ground, according to the report.

The pipe tested positive for cocaine, police said. Police reported that the officer will recover from the horrendous sight he was confronted with and will have access to psychological help regarding the incident.

Her bail was set at $2,500. Johnson was ordered not to buy or use alcohol or illegal drugs.

The driver of the vehicle, Tyler McNeil Johnson, 20, was cited for failure to use a turn signal.