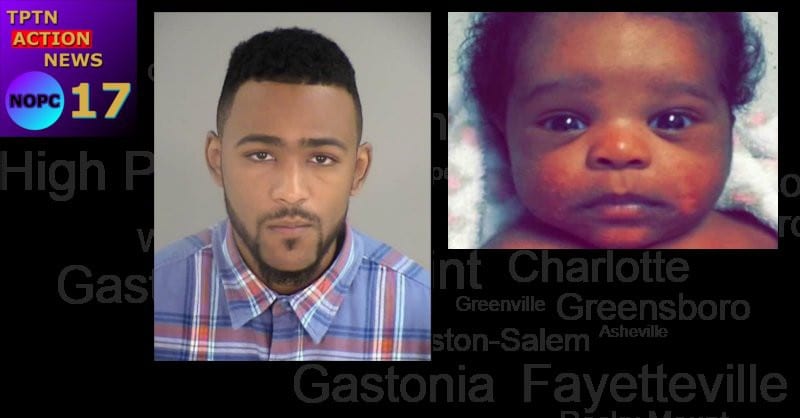 How can you not hang your heads in shame and embarrassment Black America at what our racial peers are doing? Many Blacks, because of their behavior, have EARNED the prejudice heaped upon them.
A Black man from Virginia is accused of murdering his 7-week-old daughter.

On Jan. 21, 7-week-old Trinitie Burns was taken to Memorial Regional Hospital in Mechanicsville, Virginia. The baby’s Black father Diquan Burns, said he was taking care of the child when he ‘accidentally’ hit her head against a swing.

Due to the injuries on the left side of the baby’s face, police issued a search warrant for Burns’ residence in Eastern Henrico. According to Henrico police, the child suffered “severe injuries consistent with an assault,” reports The Richmond Times-Dispatch.

“The investigation determined that the Black man Diquan Montel Burns, 22, was responsible for the injuries that led to the infant’s death,” said Lt. Chris Eley, Henrico police spokesman. A horrible Black on Black predatory act.

He was indicted by a grand jury on March 14 on charges of murder and child neglect.