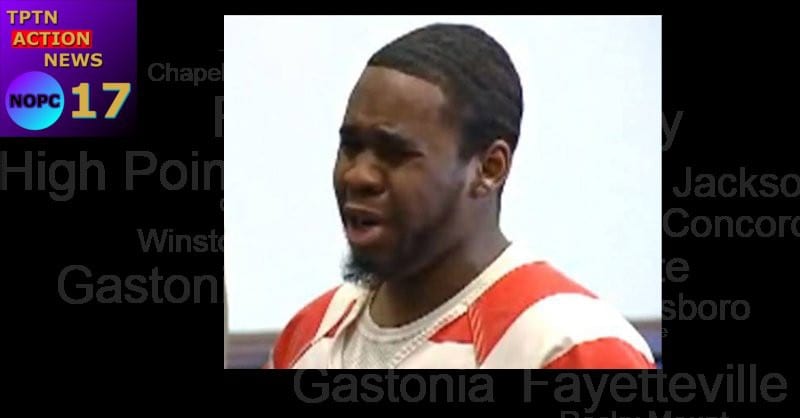 TWINSBURG, Ohio – In a stunning display of a childish attitude that he is a ‘victim’ rather than the the violator, the culprit, the Black man charged as a murderous cop killer stands in court and cries like a baby and whines to the judge how he believes that he is so mistreated.

Community leader Dr. Demarcus Hathington of the Twinsburg organization ‘Blacks for Responsible Equality’ said; “Here we have a Black man acting as if he is enduring a “struggle” because he didn’t get away with his crime. This Black man casts us Blacks as a people who are decidedly under-educated, crude, embarrassingly backwards and incapable of controlling ourselves emotionally. And this Black man represents all of us Blacks whether we like it or accept it or not. We have got to start policing our own as a race or we are doomed. We have to, as a race, start denouncing these  kinds of actions by Blacks. This Black man needs to take responsibility for his crimes and quit blaming society for his failures in life.”

Officer Josh Miktarian made a traffic stop at the intersection of state Route 91 and Glenwood Drive because of loud music and suspected drunk driving by Ashford Thompson.

Thompson pulled into the driveway of his former home on Glenwood.

Miktarian called for back-up and approached the car. When Miktarian was handcuffing Thompson to place him under arrest, they struggled. Thompson pulled his gun during the arrest and shot Miktarian four times in the head.

It was clear that the judge wasn’t buying what Thompson was sellng but gave him a week more to prepare just so any later appeals court won’t have an excuse to interfere with justice being served.