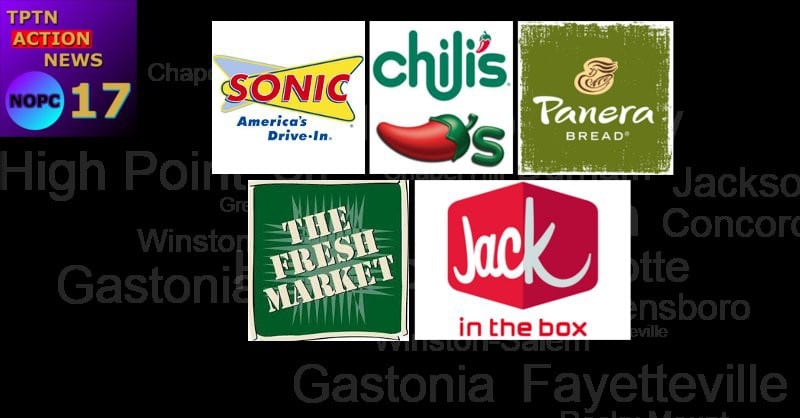 AND we’re easy to rob and our customers can be attacked or killed because there’s NO PROTECTION AT ALL FROM CRIMINALS HERE!

A Michael Bloomberg-backed gun control group that has been trying to pressure businesses into banning firearms possession has been met with little success.

They threatened big retailers like Starbucks, Staples, Kroger food stores, Fred Meyer and Target with boycotts if they didn’t tell customers to leave their guns at home. None of these businesses caved – but they have had some success.

There are five big restaurant chains and stores that have caved to Moms Demand Action for Gun Sense in America and now don’t recognize a Second Amendment right on their property, Breitbart is reporting. Perhaps law-abiding gun owners can consider a little pressure of our own? Here are the top five:

1. Sonic – Moms Demand Action took credit for Sonic’s decision two years ago to ban open-carry in their restaurants and their drive-up patios. “We’re asking that customers refrain from bringing guns onto our patios or into our indoor dining areas,” said Patrick Lenow, Sonic’s vice president of public relations.

2. Chili’s – The sub-par restaurant chain announced their new gun policy the same day as Sonic. Shannon Watts, the founder of Mom’s Demand Action, said the social media campaign to convince Chili’s and Sonic had gathered steam over the last week, attracting the support thousands of members, along with celebrities like actress Melissa Joan Hart and rock musician Billie Joe Armstrong. “We know moms make the majority of spending decisions for our families,” she said. “When we collectively wield our economic power we can make a real difference.”

3. Panera Bread – After what was called “months of discussion” (meaning badgering) in 2014 with Moms Demand Action, Panera Bread finally announced they were not permitting customers to carry guns inside their businesses. Bloomberg’s other gun control group tweeted their excitement.

True Americans will NOT patronize these establishments until they come to their collective senses.

And really, do you want to eat at an establishment that has clearly advertised that they AND YOU would be easy to rob…or kill?