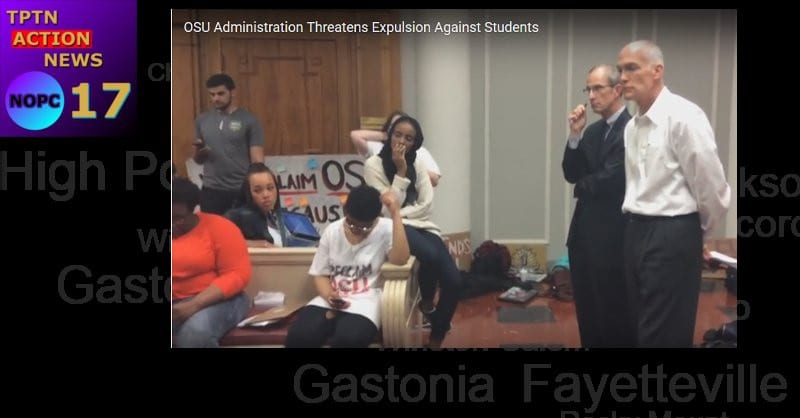 Ohio State University – A bunch of Black whining students at OSU thought that they were going to be famous, show the world, cause social justice change and just generally be disruptive and irritating got the surprise of their sheltered liberal lives when the school administrators told them to have their hyper-sensitive derrieres out of the building by 5:00 am or be physically removed by the police, arrested, expelled from college and permanently banned from the property. Yes…CONSEQUENCES!

One student trying to be a ‘shade tree lawyer’ tried to make numerous “What ifs…” and was solidly shut down by being told that the administration was not going to entertain his nonsense.

The whiny little liberals had a bunch of unreasonable social justice demands (one was about boycotting a company that did work in Israel? I don’t even know…) that the university officials had listened to – and then they promptly told these brats “Absolutely not!”

OSU deserves props for dealing with these losers. This has been a looooooong time coming.

OSU now serves as the most appropriate and common sense example of the proper way to deal with this kind of malcontent.