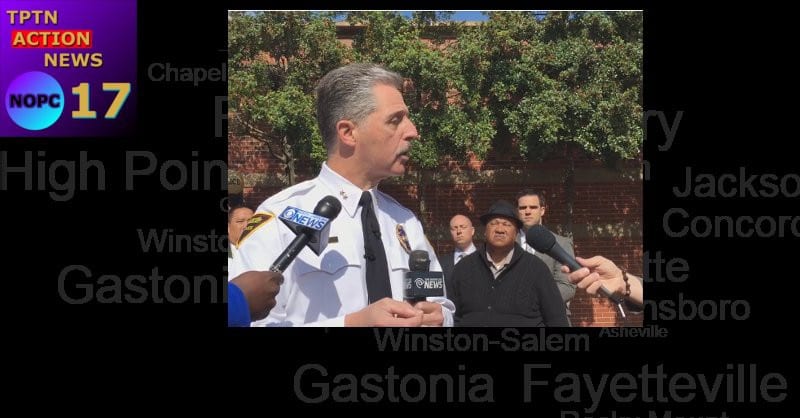 FAYETTEVILLE, N.C. – Fayetteville is sitting near the top of some national polls, but for Fayetteville police it is unwanted notoriety.

According to published reports, 2012 FBI crime numbers show that when compared to other cities its size, Fayetteville has some of the highest crime rates in the country.

The city is fifth overall in property crimes, sixth in burglaries, and eighth in larcenies. This makes Fayetteville the most dangerous city in the state of North Carolina.

The city council of Fayetteville having just ousted their city manager Ted Voorhees for “not doing what we hired him to do” has now turned their attention to their chief of police Harold Medlock.

In addition to Fayetteville being cited as the most dangerous city in North Carolina, Fayetteville has been the unfortunate location of numerous recent shooting deaths of its citizens.

Medlock’s leadership has been called into question by many who fear that he’s maintained a silent prohibition on consent searches and other legitimate law enforcement tactics designed to keep citizens safe as a whole out of a sense of self preservation with regard to his media persona.

“Practically the first day he was here he put all the supervisory staff in white shirts. Medlock’s more about ‘looks’ than he is about substance.” said a captain on the department who insisted on anonymity for obvious reasons. The captain went on to say,”Medlock doesn’t want our officers in Black areas or even approaching Blacks out of fear that he will get bad press over it.”

An officer for the department who works the streets added, “We could easily be getting these illegal weapons off the streets like we used to do if Medlock would let us. Now we have many who are dying in the streets because of Medlock handcuffing his own people. It’s insane.”

There are some on the city council, who “off the record” for right now, have expressed concern that Medlock is also, “not doing what we hired him to do”, in light of the obvious lack of positive results by the Fayetteville Police Department under the leadership of Medlock. One commented, “Medlock has been pretty much been given free reign and to date he hasn’t showed me much other than a desire to get his picture in the paper and on the news a lot. It’s time he get our crime stats down. We didn’t used to have all this crime under McCarthy or Bergamine.”

If Medlock can’t get the job done it’s a certainty that the city council will have no problem sending Medlock packing and getting someone who will. Ted Voorhees understands this all too well.