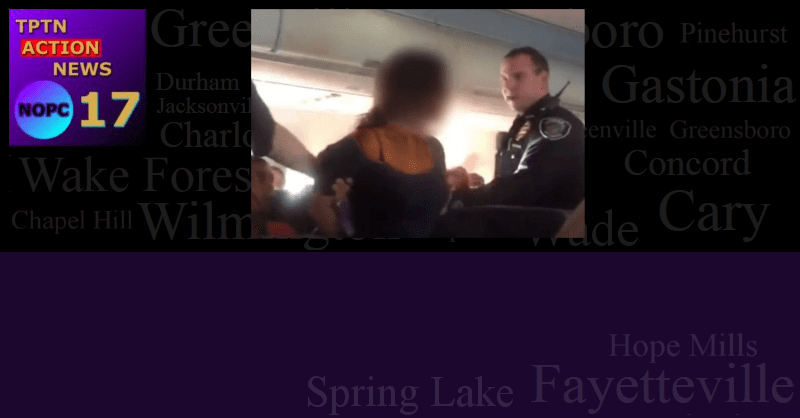 When it comes to flying, crew members do whatever it takes to make a flight comfortable, pleasant, and most importantly, safe for their passengers. Anything, or anyone, that stands in the way of them doing their job gets removed. Like this stuff, for example. 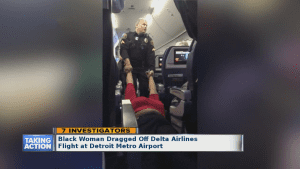 Unsurprisingly, there’s a lot of stuff you can do on a plane that can earn you the boot. Why? Well, the flight crew is in charge and you are not. They don’t have to report an expulsion to the FAA, so they won’t hesitate to yank out any arrogant trouble making wrenches in their gears. If you’re involved in one of the following scenarios, they can snap their fingers and have you removed before you have the chance to complain on social media:

So, what’s a Black person being threatened to be kicked off the plane do? For starters, comply immediately. You are not going to win if you argue here. Again: Put your arrogance and “I’m descended from African Kings and Queens.” nonsense on the shelf. Aside from it not being true the flight crew don’t care about your fantasy pedigree.  Typical arrogant Black behavior like arguing, yelling, repetitious verbal diarrhea, annoying the people around you, causing a scene, or touching other passengers will only make things worse, so don’t waste your breath…because you won’t be allowed to waste their time anyway. (See picture above) It’s like being bounced from a club—once they’ve decided to remove you, you’re out.

After you’ve been removed, don’t bother asking for another ticket. Most airlines will put a travel ban on you anyway, especially if you were removed for a serious reason and was argumentative, you can ask anyway but I assure you, you can’t outrun the computer/radio system that links the plane with the airport.

Being removed from a plane is an “involuntary denied boarding,” meaning you are not entitled to compensation as long as you did anything against the law like trespass when they demanded that you leave the plane, or stood there and argued with them because you’re Black and how dare they argue with you. If you broke the law, if you did something illegal, you’ll be arrested and won’t get anything back.

Now there’s no doubt that you will feel like you were wrongly removed from the flight, that you were somehow the victim and you can certainly file a formal complaint with the Department of Transportation. You can also try to take the fight to small claims court if you can prove some sort of financial loss <ummmm, yeah, good luck with that>. You’re free to waste your time filling out reams of paperwork for no apparent possible gain, or you can complain and ask for an apology <aaahahahahahahaha>  in the form of a flight voucher, frequent flier miles, or some other reasonable compensation for your troubles, but don’t get your hopes up. Next time act like a decent human being and you won’t be out the cost of a very expensive airline ticket.