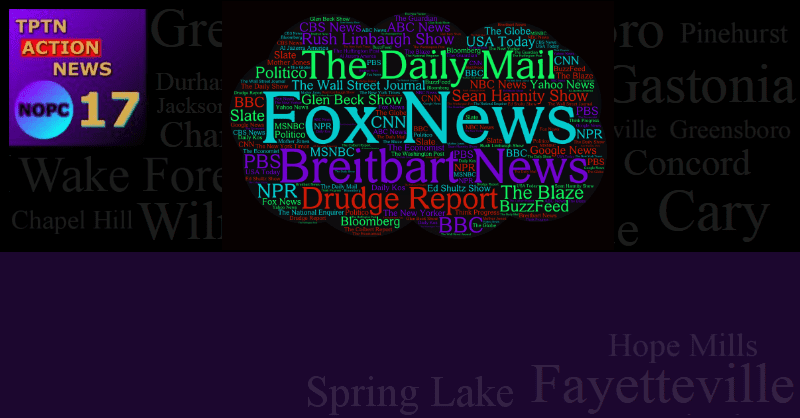 Apparently these news outlets have equally unreliable methods of prevention of information leaks within their own operations as the White House. It seems that signed non-disclosure agreements, rules, regulations or legal threats in the news business have no more impact on media employees than such agreements do on federal employees in the White House.

A source high up in The Washington Post operations division, on the condition of anonymity, reported that The Washington Post and The New York Times through an unspecified news association, possibly the National News Association (NNA) contracted for a national poll to be conducted by an unnamed privately hired pollster to find out the metrics regarding credibility among various news sources spanning newspapers, televised news stations, talk radio and internet news sources.

A secondary anonymous source within the hierarchy of The New York Times management validated the shocking information, to them at least, that was received.

Both sources said that the findings of the national poll sent the management staff of The Washington Post, The New York Times and even the The Huffington Post who also rated so shockingly low in credibility into a panic and caused many secretive closed door meetings to be held presumably to discuss the findings and what to do about it.

An appendix page with redactions hiding source information from the poll report was received from New York Times anonymous sources which shows several liberal main stream media news outlets viewed by numerous viewers and readers as less credible than even supermarket tabloids. Also notable among them was CNN, NPR, PBS, The Colbert Report and The Daily Show.

The Washington Post source stated that the secret poll report cited the reasons for the poor showings and ratings below even the commonly accepted nearly nonexistent credibility of supermarket tabloids was due to the news venues publishing articles that were clearly ‘fake news’ and people becoming fed up with hostile attack articles against President Donald Trump, his family, and in reality all things Trump.

Attempts to contact The Washington Post, The New York Times and the The Huffington Post regarding this leak were met with an inordinate amount of call transfers to several different management officials and eventually denials that the poll report exists even when confronted with the copy of Appendix 7 that we received. Clearly some kind of cover-up was being engaged in by these organizations.

The anonymous sources went on to say that one of the factors being whispered in media hallways is the impact of the Democrat party disintegration and its effect on media, pulling down media credibility, and all media having to separate themselves from Democrats and liberals in order to survive.

This secret poll has brought the need for this separation to the forefront as it impacts the bottom line of all these news outlets that have been dragged down by Democrats and liberals.