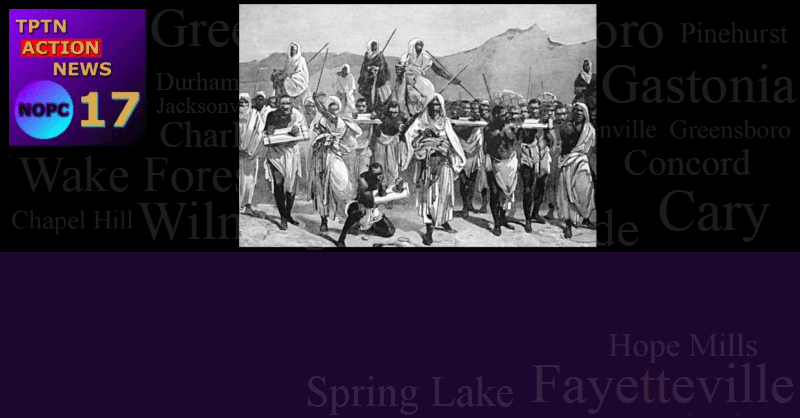 USA – There is a very big secret regarding the issue of human trafficking, more accurately known as slavery, that Democrats, Liberals and Main Stream Media are desperately striving to keep you from learning.

Also surprising to most is the fact that it was a Black man, Black slaver Anthony Johnson, that created the “Roots” style abusive slavery that was experienced in the U.S. by challenging an indentured servant John Casor in a Virginia Court for his freedom and making John Casor the very first slave in the colonies in the first place. Anthony Johnson, a Black man, went into court and demanded it! 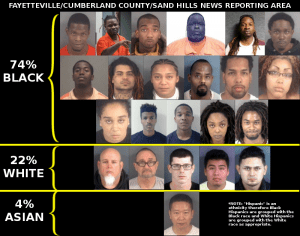 Now that the issue has become so prevalent that it can no longer be ignored, communities like Fayetteville are attempting to address the issue.

The problem is that they seem to be ignoring the elephant in the room which is the fact that modern day slavery is still a culturally accepted practice of the Black community.

In fact, a cursory glance at the arrests reported by Fayetteville’s local newspaper, The Fayetteville Observer, clearly reflects that of all the arrests for Human Trafficking/Child Prostitution in their local reporting area of Fayetteville, Cumberland Co. and the surrounding N.C. Sandhills, Blacks are disproportionately an astonishing 74% of the total problem of modern day slavery in the area.

Any solution to this issue of Black driven slavery of others must begin with the acknowledgement of Blacks in North Carolina that they are in fact a large part of the problem culturally and parentally, and by any forum, organization or political entity placing the question directly at the feet of the Black Community, “What are you going to do about it?”

2 thoughts on “Human Trafficking (SLAVERY); The Biggest Secret About It Hidden From You”