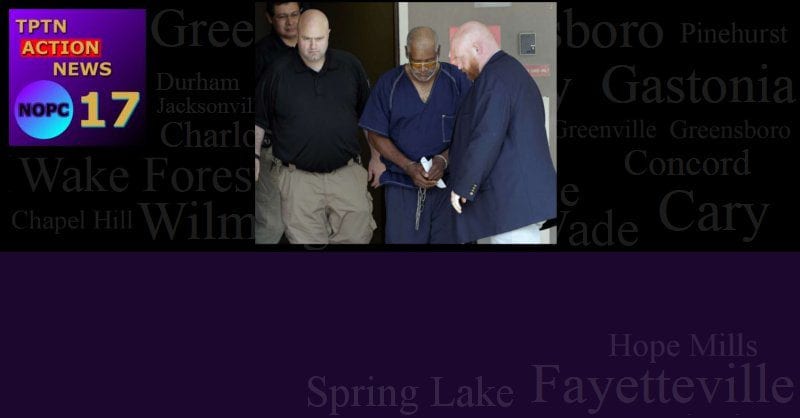 San Antonio, Tx. – No amount of wordplay can hide the truth that Blacks are still enslaving others.

Human trafficking is slavery. Smugglers are slave masters. And the slavers putting humans into bondage are Black just as they were when Africans created slavery in collusion and full cooperation with the Arabs in the first place @680 AD.

When the smuggler slavers first closed the door of the truck’s trailer, it was pitch black inside.

There was no food and no water, and the trailer sat motionless somewhere in or near the scorching South Texas city of Laredo on Saturday morning. The heat inside was already intense.

The next few hours, as they were described on Monday by the authorities for the first time, would turn into one of the nation’s deadliest human slave trafficking episodes. One group of undocumented slaves was packed into the trailer, then another and another. Some of them guessed there were up to 200 people at one point.

Slave smuggler, James Matthew Bradley Jr., opened the door and told the migrants they would finally be leaving, reassuring them that the truck had a refrigeration system.

Once the truck was on the highway, the illegal slaves — some of whom had crossed the Rio Grande by raft and owed smugglers thousands of dollars — seemed to be fine. Then some had trouble breathing and started to pass out.

The slaves banged on the trailer’s walls, to get the driver’s attention, but the Black slave master ignored them and the truck did not stop. The Black slave driver later told federal investigators what the slaves may have soon discovered: that the trailer’s cooling system did not work and its four vent holes were probably clogged. But the illegal slaves found a small vent hole that was open, and took turns breathing through it to get some air.

The driver finally put the brakes on, and the immigrants were so weak that they fell over. The door opened again, this time in the parking lot of a San Antonio Walmart early Sunday, revealing a horrific scene of bodies upon bodies.

Ten slaves died during the journey or later at hospitals. Nearly 30 others were hospitalized.

Also surprising to most is the fact that it was a Black man, Black slaver Anthony Johnson, that created the “Roots” style abusive slavery that was experienced in the U.S. by challenging an indentured servant John Casor in a Virginia Court for his freedom and making John Casor the very first slave in the colonies in the first place. Anthony Johnson, A Black man, went into court and demanded it!

The problem is that Blacks seem to be ignoring the elephant in the room which is the fact that modern day slavery is still a culturally accepted practice of the Black community.

Any solution to this issue of Black driven slavery of others must begin with the acknowledgement of Blacks i that they are in fact a large part of the problem culturally and parentally, and by any forum, organization or political entity placing the question directly at the feet of the Black Community, “What are you going to do about it?”