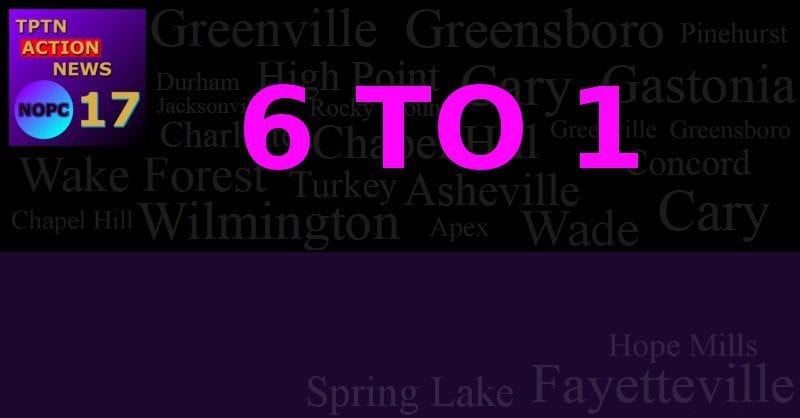 U.S.A. – Many are saying that it is time to have the tough conversation regarding race. This comes from Republicans, Democrats, conservatives, liberals and Blacks alike. Black crime tops the list of recent national concerns.

At issue is the disproportionate amount of crime committed by Blacks that affect this nation in a tremendously negative and costly manner.

Blacks cause an abnormal number of deaths (especially among their own race), skyrocketing insurance rates for those who live in crime ridden areas (also generally racially Black), “White Flight”, and fear of close proximity to people of color regardless of their friendliness.

Black activists and race baiters also try and cover up, bury or otherwise deflect factual information from coming to your attention.

Long at issue is the fact that Blacks disproportionately commit crimes at a rate on average of 6 to 1 over that of other races.

Black activists try and cover up the fact that Blacks are only 13.3 percent of this nation’s population when making comparisons to other races.

For this exercise we will use the national standard for documented crimes by race; FBI Table #43A.

We already have irrefutable data from the U.S. Census Bureau regarding population rates and from that we can deduce that in order to make fair and accurate comparisons between Blacks and any other race we have to determine how many times, either more or less, Blacks there are than Whites, Asians, American Indians, or Pacific Islanders. 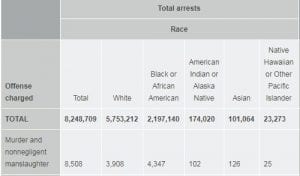 Using the first category of FBI Table 43A we can now demonstrate how to fairly calculate a fair and truthful comparison by including the difference in population between the races.

We know that 77% of whites committed 3,908 murders while 13% of Blacks committed 4,347 murders. Now Blacks activists will try to convince you that there is little or no ‘statistical’ difference between 4,347 and 3,908 and pretend that Blacks are no more murderous than Whites. 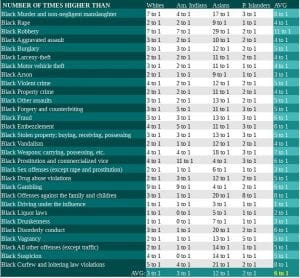 As one can see from this spread sheet based on FBI Table 43A one can see that Blacks consistently disproportionately commit crimes at rates higher than all the other races.

Even more disconcerting is the fact that there is almost no other crime category by race in which Blacks commit a specific crime less  in comparison to a specific race and absolutely no racial category where Blacks commit less crime than another race in overall crime.

Altogether FBI Table 43A shows that Blacks disproportionately commit crimes at an overall factor of 6 to 1 in comparison to all the other races.

What is the Black Community going to do about reducing all this crime committed by the Black race?