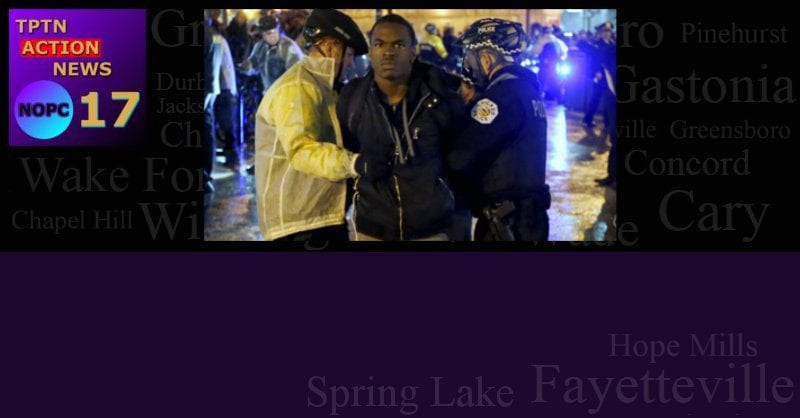 U.S.A. – Recently, the Tampa Police Department ran an e-mail forum with the local community (a question and answer exchange) with the topic being, “Community Policing.” One of the civilian e-mail participants posed the following question:

“I would like to know how it is possible for police officers to continually harass people, and get away with it?”

From the “other side” (the law enforcement side) Sgt. Bennett, obviously a cop with a sense of humor replied:

Only about 60% of those cops are on general duty (or what you might refer to as “patrol”) where we do most of our harassing. The rest are in non-harassing departments that do not allow them contact with the day to day innocents.

At any given moment, only one-fifth of the 60% patrollers are on duty, and available for harassing people while the rest are off duty.

Now, your average ten-hour shift runs 36,000 seconds long. This gives a cop one second to harass a person, and then only three-fourths of a second to eat a donut, and then find a new person to harass.

This is not an easy task. To be honest, most cops are not up to this challenge day in and day out. It is just too tiring.

What we do is utilize some tools to help us narrow down those people which we can realistically harass. The tools available to us are as follow:

People will call us up and point out things that cause us to focus on a person for special harassment. “My neighbor is beating his wife” is a code phrase used often. This means we’ll come out and give somebody some special harassment. Another popular one: “There’s a guy breaking into a house.” The harassment team is then put into action.

We have special cops assigned to harass people who drive. They like to harass the drivers of fast cars, cars with no rego, or no driver’s licenses and the like. It’s lots of fun when you pick them out of traffic for nothing more obvious than running a red light. Sometimes you get to really heap the harassment on when you find they have drugs in the car, they are drunk or have an outstanding warrant.

Some people take off running just at the sight of a police officer. Nothing is quite as satisfying as running after them like a cat on the scent of a mouse. When you catch them you can harass them for hours, to determine why they didn’t want to talk to us.

When we don’t have PHONES or CARS or RUNNERS, and have nothing better to do, there are actually books that give us ideas for reasons to harass folks. They are called “Laws”; Criminal Code, Motor Vehicle Laws, etc …They all spell out all sorts of things for which you can really mess with people.

After you read the laws, you can just drive around for awhile until you find someone violating one of these listed offences and harass them. Just last week I saw a guy trying to steal a car. Well, there’s this book we have that says that’s not allowed. That meant I was allowed to harass this guy. It’s a really cool system that we’ve set up, and it works pretty well.

We seem to have a never-ending supply of folks to harass and we get away with it. Why? Because for the good Tampa citizens who pay the bill. We try to keep the streets safe for them and they pay us to “harass” some people.

Hopefully sir, this has clarified to you a little bit better, how we harass the good citizens of Tampa.