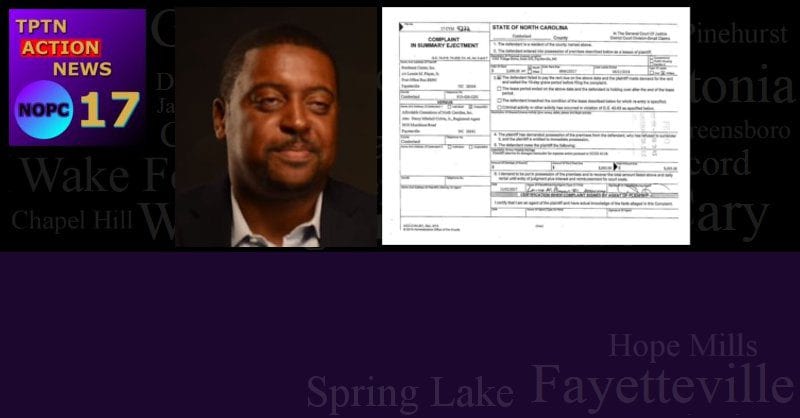 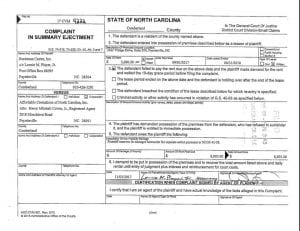 In a court document filed November 2nd, 2017 Bordeaux Center, Inc. is seeking to eject Mitch Colvin and his business “Affordable Cremations of North Carolina, Inc.” from 3363 Village Dr, Suite 200 for non-payment of rent. Despite repeated attempts to collect the owed rent, Mitch Colvin is now in arrears for the amount of $8,005.00. It appears that Mitch Colvin has been dodging paying his rent for approximately 3 months at $2,600.00 a month.

Last week the Fayetteville Observer wrote an article describing how mayoral candidate was a good man even though he had made “mistakes” in the past and that even though his business was on probation by the State of N.C. there was nothing to worry about because Mitch Colvin is “all paid up.”

And Bordeau Center, Inc. is not in any manner the “bad guy” in this issue. Bordeaux Center trustingly upheld their end of the contract and have an absolute and inarguable right to be paid in full and on time.

No, they are not “racist” for expecting Mitch Colvin to honor his part of the contract as any decent law abiding man with a moral compass would. You will find no language in the rental contract that states Mitch Colvin is forgiven his responsibilities simply because he is of a certain race or because he is running for mayor. That’s not their problem or concern.

And just as obviously “We the People”, the voters, have been lied to by the Fayetteville Observer or Mitch Colvin, or both.

Is it this kind of person with these kind of corrupted moral values that you want in Fayetteville city government?