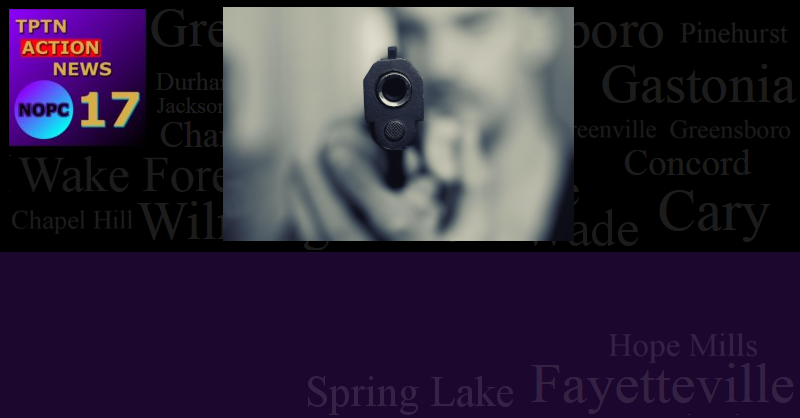 U.S.A. – In many comment sections of any number of forums regarding posts about law enforcement officer shootings there is always numerous commenters with no education regarding this issue giving their opinions as to what they think the laws regarding the use of deadly force by law enforcement officers are. They are usually very wrong in their beliefs and opinions and we hope to correct this misinformation that’s rampant on these matters of deadly force and provide you with the truth about deadly force.

First, the suspect dictates how the confrontation or arrest will go. It’s the suspect’s actions that determine what force, if any, is necessary. It could be just talking to the suspect, to placing handcuffs on them, to taser, to mace, to deadly force… It’s all in the hands of the suspect.

The real victim in these incidents is not the dead suspect who tried to harm or kill the law enforcement officer or others, and certainly not any relatives of the dead suspect.

The real victim in these incidents is the officer because the suspect actions forced the law enforcement officer to act violently so that he may go home to his family at the end of his shift.

The use of force is defined in many states’ laws. We use North Carolina’s because that is what we’re familiar with and we have found that there are not any substantial differences between any state’s laws on this matter.

N.C.G.S. § 15A‑401. Arrest by law‑enforcement officer. Use of Force in Arrest. – b. To defend himself or a third person from what he reasonably believes to be the use or imminent use of physical force while effecting or attempting to effect an arrest or while preventing or attempting to prevent an escape.

The emphasis is on “OR IMMINENT USE”. Definition: im·mi·nent /ˈimənənt/ Adjective: About to happen: “imminent danger”. Synonyms: impending – impendent – forthcoming.

A law enforcement officer in possession of common sense will certainly use deadly force and has the right to take a deadly shot when faced with the imminent threat of serious bodily injury or death.

That imminent threat of serious bodily injury or death does NOT have to be coming from a gun, knife or other weapon. It can be coming from hands, feet or even from the use of a car. It’s not the tool used that counts…it’s the ability to bring about serious injury or death by any means that can be defended against with deadly force.

By it being embedded state law no law enforcement supervisor [chief of police or sheriff] or city administrator [mayor, city/county manager/member/council] can order otherwise and no attorney can argue differently.

It doesn’t matter at all what the color of the barrel tip/barrel/gun is; Functioning dangerous weapons come in all color schemes and the criminals have been caught painting the tips of the barrels of their guns orange just to fool cops and get an edge on shooting first. If you point anything at a a law enforcement officer that can be construed as a projectile weapon, they’re going to put two or more rounds into you center mass and let God decide if you live or die. If you’re running for cover with a gun in hand you certainly can be shot in the back or anywhere else for that matter. Law enforcement officers don’t have to let you reach cover thus allowing you to shoot at them from a position of safety or allow you to shoot at them as you are running away from them. So, for you people that are planning on a “Police can’t shoot them in the back.” argument…. know from the start you are wrong…yes law enforcement officers can and are perfectly authorized to do so. As stated, this is real life…. not some movie or TV show.

Additionally, not being a TV drama, the law enforcement officer doesn’t have to yell “Stop police” or even warn you first to “Drop the gun”. If there is no time for a warning then so be it. The violator doesn’t get to shoot first if the officer can help it. It’s not a color thing, it’s a law thing, and unlike Burger King you don’t get to have it your way after the words “you’re under arrest” are uttered.

One major contributor to the number of officer involved shootings is the cultural aberration of Black parents raising their children up to believe that they’re “kings or queens” and the fostering of an unnatural arrogance that rides the coattails of that misinformed ideology. These children grow up and go out into the world believing that they don’t have to submit to the lawful orders of law enforcement officers thereby placing themselves into very dangerous situations that could have been readily avoided. A mature person submits to a lawful arrest and if they have any complaints about the officer or the process, they bring it up in a court of law, not in the streets.

The law enforcement officer has already made their own decision…that they’re going home alive to their family.

There is a point of no return. In highly tense situations the fine motor skills necessary for such precision shooting simply are not accessible and that’s why law enforcement officers are trained to shoot center mass and are not taught Little Annie Oakley Circus shooting techniques that have no place in real life, especially in law enforcement. When the line is crossed there is no shoot to wound, no shoot the gun out of their hand, no shoot in the leg, no shoot below the waist, no second chances. You should have paid attention to the first chance given you….to comply with the legitimate orders of the law enforcement officer. It is shoot center mass to stop and it is then up to God to decide your fate with regard to whether you live or die. And make no mistake…when you cross that line you know you shouldn’t have crossed the law enforcement officer couldn’t care less if you live or die. All they care about is that you are stopped and that they make it home to their wife and children.

What does the law enforcement officer feel when they have to shoot the bad guy? You mean besides the recoil?

We must continue to educate the masses about Graham v. Connor, in which the Supreme Court of the United States declared quite clearly that:

“The Fourth Amendment ‘reasonableness’ inquiry is whether the officers’ actions are ‘objectively reasonable’ in light of the facts and circumstances confronting them, without regard to their underlying intent or motivation. The ‘reasonableness’ of a particular use of force must be judged from the perspective of a reasonable officer on the scene [NOT a spouse, civilian bystander, politician, liberal, news reporter, activist, racist NAACP/BLM protesters/rioters, defense attorneys], and its calculus must embody an allowance for the fact that police officers are often forced to make split-second decisions about the amount of force necessary in a particular situation.”