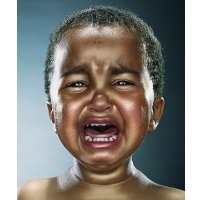 Ignoring pain rather than allowing it to interfere with the task at hand, known as task persistence, was a significant coping strategy employed by whites far more than blacks.

Hirsh, an assistant professor of psychology, and graduate students Samantha M. Meints and Megan M. Miller conducted the evidence-based review and analysis of clinical and experimental studies that included a total of 2,719 black and 3,770 white adults. “Differences in Pain Coping between Black and White Americans: A Meta-analysis” is published online in advance of print in The Journal of Pain.

“Our findings suggest that blacks frequently use coping strategies that are associated with worse pain and functioning,” said Hirsh, a clinical health psychologist. “They view themselves as helpless in the face of pain. They see the pain as magnified–the worst pain ever. They ruminate, think about the pain all the time, and it occupies a lot of their mind space.

“This catastrophic manner of coping is frequently labeled by health providers as a negative or maladaptive approach to pain and has been associated with poor functioning,” Hirsh continued. “But it may also be a potent communication strategy–it tells others in a culture with a strong communal component that the person is really suffering and needs help. Thus, it may be helpful in some ways, such as eliciting support from other people, and unhelpful in other ways. In future studies, we will give this more nuanced investigation.”

Blacks report higher levels of pain than whites for a number of conditions including AIDS, glaucoma, arthritis, post-operative pain and lower-back pain.

Blacks also experience greater pain in both clinical and experimental studies. Blacks report less-effective pain care, are unable to return to work for a longer time and have worse functional outcomes. These race differences may be partly due to differences in pain-related coping, according to Hirsh.