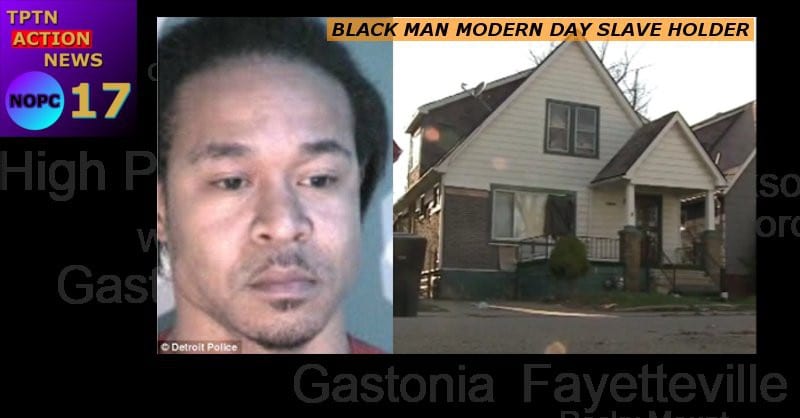 Detroit, Michigan – Police capture a Black pedophile who owned and chained BLACK SLAVES in his home.

An investigation into a compromised credit card led authorities in Michigan to a house of horrors in the Detroit area, where officers found a massive stash of child pornography and a Black woman chained by her neck to a stripper pole.

He is a ‘father’ of seven children, according to authorities— and has custody of none, his children being raised on taxpayer funded welfare handouts. Not having to work gave him plenty of time to commit these crimes.

The police probe into Travis started earlier this month, when investigators examined a trail of suspicious credit card purchases that ran up more than $50,000. On March 2, West Bloomfield Township police executed a search warrant on Travis’ home for an identity theft charge.

Police returned for a second search March 21 and made another ghastly discovery: A 25-year-old Black woman chained by her neck with a padlock to a stripper pole.

The woman told police she lived with the Black man Travis and his lovers for two years, during which he forced several women to have sex for money and advertised his sex service online.

The woman said the Black man Travis abused the women if they refused to provide sex services to clients. She said she had been chained up like a slave for about two weeks because she tried to escape.