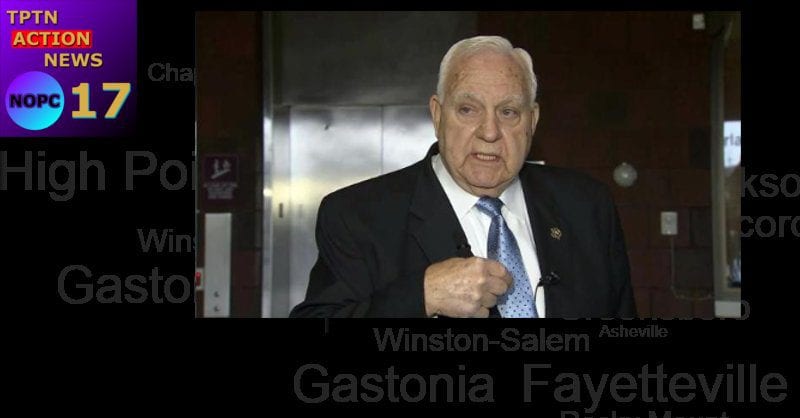 Cumberland Co, NC – On May 3, 2016 Sheriff ‘Moose’ Butler issued a policy disallowing the use of body cameras by any law enforcement personnel in the Cumberland County jail. This includes every possible variety of law enforcement officer including Fayetteville, Spring Lake, Hope Mills, police and N.C. State Troopers.

Numerous law enforcement officers are wondering just exactly what it is that the Cumberland County Sheriff’s Office and Butler has to hide.

Other law enforcement officers are pointing out that such unwarranted paranoia is a classic symptom of the onset of age related dementia which is an affliction that many fear that Butler may be experiencing.

Charlie Baxley, a well known law enforcement professional in the Fayetteville and Cumberland County area, giving his professional opinion said, ” I received a copy of this policy on 5-3-16 and I couldn’t believe it. There could only be two reasons to have a policy like this. One; Someone is wanting to hide something going on in the jail. Two; Someone in command at the Sheriffs Office has a grudge with the Fayetteville P.D. So now, if a law enforcement officer brings a suspect to the booking room in the county jail, the sheriff’s jail staff makes the officer leave their body camera outside?  Any law enforcement professional knows that cops sometimes get attacked in a jail booking room — didn’t an Army MP get killed by a suspect in the Cumberland County Booking Room several years back? I thought we all wanted transparency with government / law enforcement. Body cameras protect good cops. That’s the truth. Can’t the sheriff and his office work with the professional law enforcement officers, instead of against them? We will never win the war on crime until we start working as a team. Can you believe this?”

A. Restricted uses and deactivation of body worn cameras and other devices.

1. No person, including any officer, Parole Officer or Law Enforcement Official from any local, Federal, or State agency may enter the Detention Center while wearing a Body Camera, video or audio recording device of kind on or about their person or while having on or about his or her person of a camera or other device including, but not limited to any mobile telephone, computer, tablet, or the like or components of any mechanism or device capable of creating or transmitting or permitting the subsequent assemblage or creation of a photograph, video recording or digital or electronic components which could create, be made to create, a photograph or video recording of any kind, except in circumstance in which the Sheriff specifically authorizes such a device.

It is because of these revelations brought about by body cameras that make Butler’s actions highly questionable. And some wonder just what was the specific incident that the public is not yet aware of that generated this kind of response by the Sheriff’s office? Just what did some officer’s body camera capture that the Sheriff’s Office doesn’t want anyone to become aware of?

One concerned citizen said that they believed that it is time for the city council and county commissioners to step in and investigate this matter as it is obviously and understandably not good for the citizens of Cumberland County to have a sheriff who desires to operate in the shadows without any accountability like the body cameras would provide.

What do you have to hide Sheriff ‘Moose’ Butler?