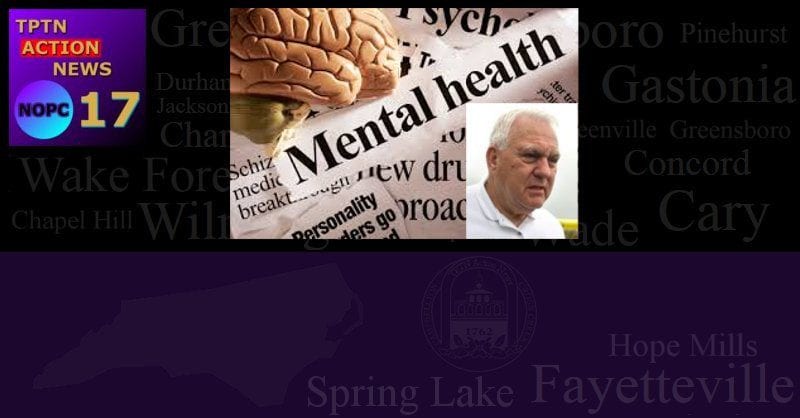 This unexpected move come in the midst of an investigation by the Federal Office of Special Counsel of Butler for violations of the Hatch Act in which Butler is suspected of having ordered two deputies to travel to Raleigh, N.C. in taxpayer funded uniforms, in a taxpayer/federal grant purchased marked sheriff’s patrol vehicle for the purpose of illegally appearing in a partisan Democrat political advertisement for Democrat Josh Stein who ran for N.C. Attorney General.

There is also mounting evidence that Butler may have been experiencing some kind of mental health issues resulting in severe forgetfulness and seriously bad judgement or decisions that have coming more and more frequently of late.

During Butler’s last election questions arose wondering if Butler had developed dementia as reportedly had his sister .

One witness reported, “I was with some friends at the Rainbow restaurant and a guy by the name of Larry Sessoms walked up. As we were discussing politics Larry asked ‘What’s wrong with Moose? I have know him all my life and I saw him a couple of days ago at a restaurant. He did not know who I was. He has a problem. Why is he running?’”

A Deputy Sheriff who naturally wishes to remain anonymous to keep his job said. “He has had 4 wrecks in the last 6-8 months. He had the wreck where he said dog ran in front of him, he hit another ladies car, he hit another sheriff’s car in the mountains…side-swiped it, and ran into a detective’s car on the LEC ramp.”

Sources cite that Butler has had to be chauffeured back and forth to work and to any functions away from the sheriff’s office, that his driving couldn’t be trusted anymore.

It appears that Butler’s ‘fast and loose’ exercise of the authority entrusted to him that he has violated time and time again has caught up with him and now he’s trying to escape any punitive actions by suddenly retiring.

Whether fleeing a Federal investigation or becoming mentally incapable of performing his duties or a combination of both it is certainly preferable that Butler is leaving for the good of the people of Cumberland County who deserve a competent sheriff.