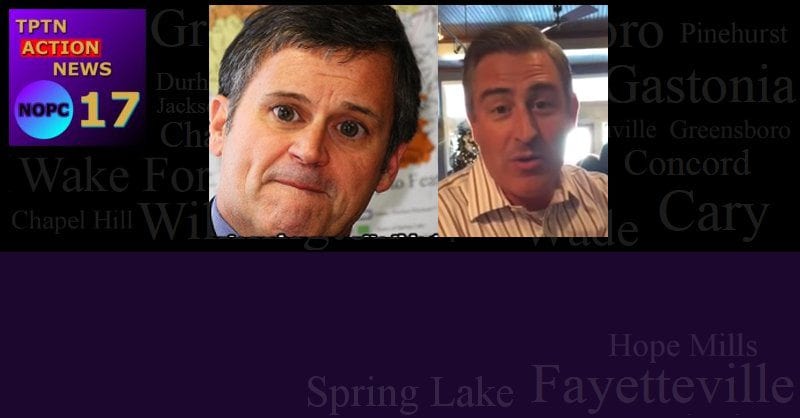 Fayetteville, N.C. – Birds of a feather?

This shocking endorsement has many citizens of Fayetteville who may have supported deViere reconsidering their decision especially in light of deViere’s apparent acceptance of Chavonne’s endorsement.  “I am honored to have Mayor Chavonne’s trust and confidence in my leadership abilities,” deViere said.

“Mayor Chavonne knows what it takes to lead our city in a forward direction because that’s what he did for eight years as mayor of Fayetteville.” deViere went on to say.

If deViere believes that political corruption and malfeasance like “Ticket Gate”, illegal consent search moratoriums, insulting and impertinent attitudes towards judicial officials and proclamations of support to illegal sovereign citizen groups is what it takes to lead Fayetteville in a forward direction then all one can assume is that deViere’s path for Fayetteville is into the very bowels of hell itself.

Clearly such toxic leadership is not in Fayetteville’s best interest.

One of the most notable aspects of current Mayor Nat Robertson’s tenure as mayor of Fayetteville has been the calm and common sense orderly disposition of the office without the strife, corruption and malfeasance that plagued Chavonne’s tenure. This alone contributed considerably to making Fayetteville a pleasant and enjoyable place to live, work and visit.

Do you really want Fayetteville to become the Ferguson of the Carolinas?