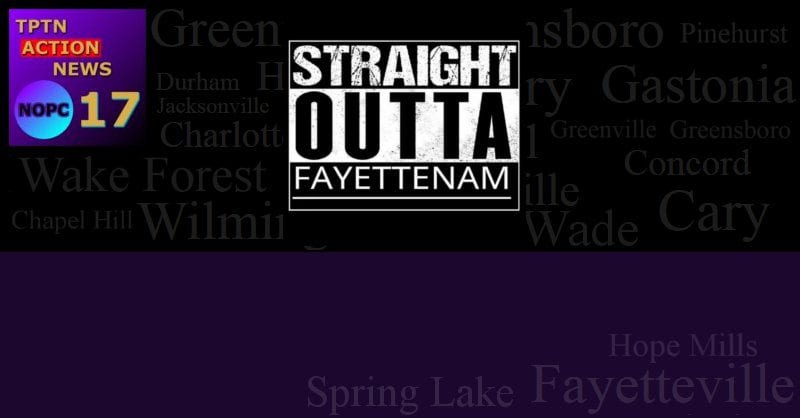 Fayetteville, N.C. – Fayetteville, N.C., more internationally and nationally known as FayetteNam, is once again futilely attempting to change their image. Ask any soldier from any branch of service as far away as Germany, Korea, or Japan about FayetteNam and they will reply, “Oh yeah, I’ve heard about that place, titty bars, wanna be rap artists and murders. It’s that dump outside of Ft. Bragg.”

FayetteNam even has a listing in the Urban Dictionary, its own Hashtag, and even its own Facebook Page.

In fact, FayetteNam is so riddled with danger that the U.S. Army, Ft. Bragg, has to have a Military Off Limits list just to protect its soldier from accidentally going into some of these dangerous locations in FayetteNam. Very few cities can claim this kind of infamy.

Most citizens of FayetteNam weren’t here or are too young to remember how the downtown area came to be so destitute in the first place. The City Council back in the 70’s in their arrogance made a prominent and powerful Fayetteville businessman, J.P Riddle, extremely mad and he promised them that he would take the downtown business away from FayetteNam and move it to the outskirts.

The Cross Creek Mall’s land, all farmland outside the city, was bought in 1970 by Henry Faison, a Charlotte-based developer friendly with J.P. Riddle. The All American Freeway was planned at the time, the area was also predominantly farmland. The freeway began construction in May 1974, nine months before the mall opened on February 26, 1975. The mall opened with five anchors, three of which were lured from downtown Fayetteville by J.P. Riddle: Sears, Belk Hensdale, and JC Penney; Miller & Rhoads and Thalhimer’s, were new to the area.

With easy access to the Cross Creek Mall from Ft. Bragg via the All American Freeway downtown Fayetteville did indeed die a quick and merciless death.

Fayetteville City Council, learned they had made a serious mistake in their arrogance and have been struggling for the past 40 years to repair the damage they caused ever since.

One member of the current city council commented on the condition of anonymity, “With all the problems that we have in Fayetteville they are caught up in this artsy-fartsy nonsense believing that it is somehow going to bring our skyrocketing crime levels down or bring in good paying jobs like STEM jobs, and not just more minimum wage service industry jobs. My recommendation to our citizens is to follow the money if you want to know the truth behind all of this.”

This anonymous council member is correct. Downtown is not the problem. FayetteNam’s problems encompass the whole city and any solutions will require attention to the city as a whole and not just some geographically restricted special area that only benefits a select few.

40 years later and numerous attempts to revive downtown with liberal <gush> arts and entertainment, “Oh my!” we have reached the point that the quote; “Insanity: doing the same thing over and over again and expecting different results.” certainly applies.

What Fayetteville needs, not just downtown but in the whole city, is good paying jobs in the STEM [Science, Technology, Engineering and Math] sectors. It’s time for liberals in this city to take a seat and let the adults bring in business that hire hundreds to cater to our military’s scientific, technological, mathematical and engineering needs for killing enemies and breaking their stuff rather than adding just another twenty waitresses to the local workforce.

While FayetteNam in their ‘slap lipstick on the pig’ binge attempts to repaint itself as some kind of cultural liberal mecca for dining, the arts and entertainment there remains the rotten core of murders, violent assaults, unchecked drug use, and rampant slavery (human trafficking) that infects FayetteNam and thus the reason for its AKA.

Here are just but a few articles about FayetteNam’s extreme slavery problem;

Here are just a few representations of  FayetteNam the city council chooses to ignore and pretend doesn’t exist. Is this the kind of culture, art and entertainment that the city council seeks to showcase?

What does it say about a city when one of its own major thoroughfares is so riddled with crime that businesses have to string concertina wire and razor tape just to protect itself from thugs?

A drive down Murchison Rd. easily reminds any Ft. Bragg soldier of many third world war zones they’ve served in with all the run down structures, concertina wire and razor tape strung everywhere and street urchins and thugs running the streets trying to sell everything under the sun, especially illegal drugs. How can any city council deem some downtown dilapidated business district more important that a residential area full of people desperately in need of help?

How can a city council believe that, as one city council member put it, “artsy-fartsy” projects are more important than citizens receiving the most basic of necessities like crime prevention and infrastructure repairs to sewer and streets and code inspections designed to maintain a level of good repair that serves to create a decent environment for all to live.

Regarding the crime, it’s not the fault of the Fayetteville law enforcement officers who are in the streets daily doing their best to curb crime. That guilt belongs solely to The Fayetteville Police Department’s command staff under the administration of those like Harold Medlock and his liberal protege’s like Anthony Kelly who seem to believe that marching with criminals like the ‘Black Lives Matter’ crowd and deferring prosecution for law breakers based solely on race is the right path.

All the dedicated and highly trained men and woman of the Fayetteville Police Department need is to have the liberal handcuffs taken off of them and be allowed to police FayetteNam the proper way and in that way make the changes necessary to deserve being called Fayetteville again.

We can only hope and pray that Fayetteville’s incoming Chief of Police is a real law enforcement officer and not some liberal sanctuary city loving, Black activist supporting pale imitation of the real thing. Only time will tell.

It’s time to call on Fayetteville’s city council to explain to all of us just how the establishment of a Cool Spring Downtown District serves to stop crime, stop slavery (Human Trafficking), stop the need to protect ourselves with extra-ordinary measures like barbed wire and razor tape, or stop a prolific Gang/Thug culture in FayetteNam’s ghettos and Section 8 taxpayer funded welfare housing?

Fayetteville will remain FayetteNam as long as it retains and supports the liberal thug culture.